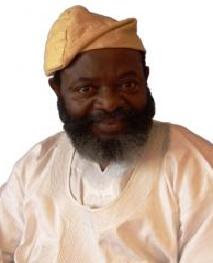 From Naijaloft.com Senator Femi Killa of the peoples democratic party has been ramoved from office by a unanimous decision of Nigeria’s supreme court Ilorin division.

The Nigerian Appeal court also revealed that the physical counting of the votes cards revealed that about 19,000 votes possess the same serial number.

The appellant had at the lower tribunal led evidence in which the respondent was alleged to have inflated the votes credited to him by about 19,000 and after a deduction of invalid votes from the initial votes credited to PDP candidate by the Independent National Electoral Commission (INEC) has a total of 19,653 votes as against 38,563 credited to the appellant as lawful votes.

The Appeal Court panel of justices was led by Justice Sontoye Denton-West, with Justice Jumai Anat Osagie and Justice Ignatius Agobe as members of the team.
The action congress AC hailed the judgement as a reward for their perseverance.