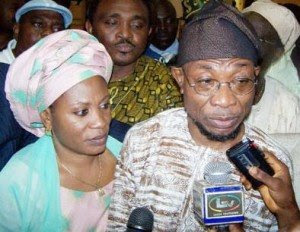 congress (AC) has been released on bail by the nigerian police.
Aregbesola has been charged with different crimes since 2007 when he

was charged with forging police documents during the Osun state

Gurbenatorial election petitions.
Aregbesola was arrested in lagos and was taken to Panti polcie

investigations team.
Aregbesola has continously stated that the whole issue is one big

conspiracy. Well we can only watch as events unfold and pray for