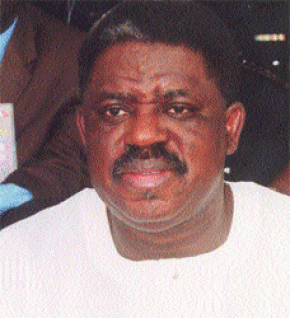 From Naijaloft The Academic staff union of universities ASUU has stated that it is not backing out of the strike in the nearest future unless the Federal Government pays heed to its demands.

ASUU Mr. Gamaliel Onosode-led Federal Government Negotiation Teams decision to back out of the negotiations as irresponsible on the part of the federal government.

ASUU President, Professor Ukachukwu Awuzie, briefing newsmen, accused the Federal Government and its agents of being responsible for the continuation of the crisis, since they were never ready to approach the issues with sincerity.

He said that Mr. Onosode, had on behalf of the Federal Government, terminated the negotiations on July 10, 2009, saying, “everything else he has done on behalf of his principals is a charade. He cannot honestly claim that negotiation has been going on up to August, contrary to his declaration of July 10th.”

The ASUU president also alleged that the government had already stopped their salaries, contrary to the claim by the Executive Secretary, National Universities Commission (NUC), that their July salaries had been paid.

Also in a related event the university of lagos (unilag) branch of ASUU At its congress held this week reviewed the on going strike by asuu and stated the following:
1. The federal government has not shown the political will to address the crisis in the education sector
2. The crisis cannot be resolved by propaganda and military fiat
3. The crisis is not internal in unilag but a national one
This was as a response to a call made by the vice chancelor of unilag calling all unilag students to come back for examinations.

Meanwhile, the ASUU President also disclosed that it was taking a comprehensive data of all the children of top government officials who are receiving their education abroad.

He said this was necessary to make Nigerians judge for themselves the reason why ASUU had consistently said that the government had no interest in revamping the nation’s ailing education sector.

The ASUU president’s stand was similarly echoed also on Wednesday by the union’s zonal co-ordinator for Ilorin, Kwara State, Professor Eddy Olanipekun, in Ado Ekiti, where he told newsmen that the recent turn of events in the face off between the government and the union would not stampede ASUU to abandon its cause to reposition the nation’s universities to be among the best in the world.