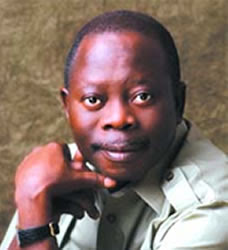 There was strong indication in Abuja that the National Executive Council (NEC) of the Academic Staff Union of Universities (ASUU) yesterday failed to arrive at a consensus on the modalities to resolved the over three months industrial action.

Leadership of ASUU while rising from its nearly 49 hours NEC meeting held in Abuja, decided that the branch chapters will hold congresses to make input into the final decision in line with the tradition of the union.

ASUU National President, Prof. Ukachukwu Awuzie, who confirmed the development, explained the NEC of the union had agreed that the branches of ASUU should make input into the decision reached with the Education Minister, Dr. Sam Egwu.

He stated further that until that is done before the NEC will take the next step.

“We decided that the branch chapters of our union should make input into the decisions reached with Governor Adams Oshiomhole and the Minister of Education, Dr. Sam Egwu, he said.

According to the President, all the local branches of the union had until this week to call their congress and discuss the issues.

The latest development would have seriously altered the expectation that the strike would be called off today as special gift to President Umaru Musa Yar’Adua and his cabinet members during today’s Federal executive Council (FEC) meeting.

The development has further put on the balance early hope of resolving the about 107-day-old industrial action embarked upon by the universities lecturers.