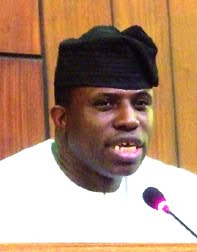 Speaker of the House of Representatives, Rep. Dimeji Bankole and the House Committee on Education is holding talks with the leadership of the Academic Staff Union of Universities(ASUU) on an end to the over two month strike of university teachers.

Briefing newsmen on the outcome of the meeting, Lawan explained that the meeting was part of the ongoing consultation to resolve the crisis and restore stability into the nation’s education system.

He said “we are trying to find lasting solution to the crisis. ASUU has been on strike for several weeks, since the commencement of the industrial action, the committee on education deem it proper to interact with the leadership of
ASUU and Minister of Education, Minister of State on Education and Labour with the view to solve the problem.

“I met with two sides separately and jointly in the bid to broker truce among the parties. This has become a very devastating not only o university education but progress to achieve stability in the education system. I also visited the Minister of Education to find a way of intervening and ending the crisis.

“Today we had quite exhaustive issues on key issues. A lot of effort is going on several interest groups and the
National Assembly as well as Oshiomhole and NLC to make sure that issues that led to the strike are resolved. For us as a committee we will continue to explore major avenues to ensure peaceful resolution of the crisis. The aim of the intervention is to stabilise education in this country with the improvement of education in the country.”

…submit report on 2009 budget next week

The Standing Committees in the House of Representatives are expected to turn in their reports on the budget performance of ministries, departments and agencies (MDA’s) of government as they resume sitting next week Tuesday.

Besides the House has also reiterated its commitment to review the 1999 Constitution and overhaul the electoral process in the Country.

Chairman of the House Committee on Rules and Business, Rep. Ita Enang who disclosed this yesterday said in preparation towards the receipt of the 2010 Appropriation Bill, the House would consider reports from all its committees to assess the level of implementation of the 2009 budget, adding that the outcome would determine how the 2010 proposal may be approved.

It will be recalled that before proceeding on its long vacation on July 30, 2009, the House had issued a warning to President Umar Musa Yar’Adua and executive arm of government to fully implement the Appropriation Act or face sanctions.

According to him, everything was already set for the resumption which had been shifted from the earlier announced September 29th to enable members participate in the 49th Independence anniversary of today, adding that there were no challenges to alter the planned resumption date.