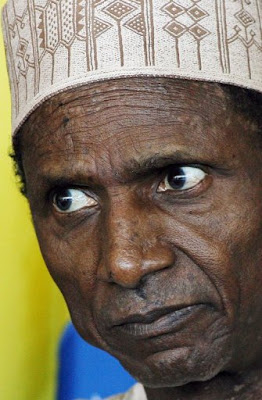 Nigerian President Umaru Yar’Adua is receiving treatment for an acute condition of the inflammation of the membrane of the heart at a Saudi hospital, his doctor said on Thursday.
He “is responding remarkably well,” said his personal doctor, Salisu Banye, in a statement.
The doctor said Yar’Adua started complaining of severe pains on the left side of his chest last Friday and preliminary tests suggested acute pericarditis, inflammation of the pericardium, a thin membrane covering the outer surface of the heart.
It was then decided he should take further tests at King Faisal specialist hospital in Jeddah, Saudi Arabia, where he had his last check up in August.
“The medical review and tests undertaken at the hospital have confirmed the initial diagnosis that the President is indeed suffering from acute pericarditis.
“He is now receiving treatment for the ailment and is responding remarkably well,” said the doctor in a statement read out by presidential spokesman Olusegun Adeniyi.
On Wednesday, rumours spread in Nigeria and Saudi Arabia that Yar’Adua had slipped into a coma or had died while in Jeddah to visit the hospital.
Adeniyi told reporters that Yar’Adua “was aware of the rumours and he felt very bad about it like any other normal being will feel.”
It is his third trip to the Red Sea port in as many months, all believed to have involved hospital visits.
The condition of Yar’Adua, 58, had until now been cloaked in an official veil of secrecy.
He is widely believed to have a history of kidney-related disease for which he has previously received hospital treatment in both Germany and Saudi Arabia.
Yar’Adua was dogged by ill-health even during the election campaign that brought him to power in 2007.
Source: AFP.com
JOIN THE FASTEST GROWING NIGERIAN FORUM