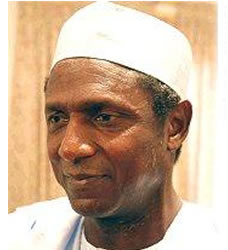 NIGERIA’S Ambassador to Saudi Arabia, Alhaji Abdullah Aminchi said, yesterday, that it was doctors attending to ailing President Umaru Yar’Adua who had denied Nigerians access to their President in his Jeddah hospital and not Saudi authorities. He said he visited the President last Saturday and that “he is really feeling better now.”
Meanwhile, the Saudi authorities have granted the ministerial team mandated to visit Yar’Adua in Saudi Arabia the landing permits to the presidential aircraft and other travelling details expected of them, even as the Federal Government gave reason why the six-man team constituted by the Federal Executive Council, FEC, could not travel as planned. The government said the normal issue of processes was responsible.
Alhaji Aminchi who spoke with a news agency, AFP, yesterday said: “I saw him the day before yesterday … He’s really feeling better now.”
He confirmed that a delegation of senior legislators were not allowed to see Yar’Adua earlier this month despite coming to Jeddah on a mission to gauge the health of the 58-year-old President who checked into King Faisal Specialist Hospital on November 23 for an acute heart condition.
Aminchi said it was Yar’Adua’s doctors and not Saudi authorities who had denied access to Yar’Adua as some Nigerian officials have charged, noting: “It is only the doctors assigned to him who are preventing the visitors from seeing the President,” despite a green light from the Saudi authorities.
SOURCE: vanguardngr.com