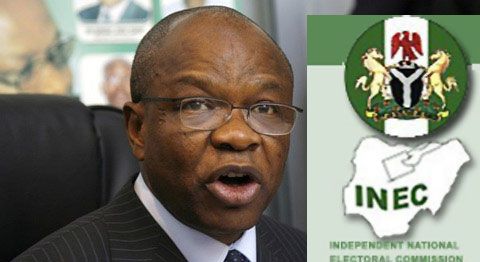 ACTING President Goodluck Jonathan, yesterday, said the Chairman of the Independent National Electoral Commision, INEC, and many of its current commissioners would not conduct the 2011 elections in the country.

Jonathan, who reaffirmed his strong desire to conduct a credible election that will meet the yearnings and aspiration of most Nigerians and the international community in 2011, spoke in Washington DC, as guest of the Council on Foreign Relations, CFR, moderated by Howard Jeter, former United States, US, Ambassador to Nigeria.

He said: “Before 2011 there will be a number of changes in INEC. A number of people talk about the chairman but it is not the chairman alone. The chairman’s tenure will expire by June 13. But he is not alone, there are quite a number of the officers, more than two thirds of them.

“Basically I am a bit lucky now because most of the commissioners at the national level have completed their tenure or will complete their tenure in a couple of months, so we are going to review them individually and the ones we feel are not good enough to be reappointed, we will not reappoint them.

Jonathan to inject fresh blood in INEC
“We will inject fresh blood and we will make sure that we bring people on board that if their names are mentioned, people in the civil society will be happy that they can conduct free and fair election. Of course that is psychological because as I said it has to do with perception so we are a bit lucky in that respect.”

The Acting President said that INEC had lost public confidence to conduct free and fair election, adding that it would be difficult for the government to allow the current leadership of the commission to go ahead with the conduct of next year’s elections.

He said: “People have the perception that the body cannot do what is right and even when they do what is right people find it very difficult to believe. That is the story of the Nigerian electoral body, the INEC. The feeling is that INEC cannot conduct credible elections in Nigeria.”

Jonathan stressed that if the nation was to continue to play her leadership roles on the African continent, and direct others on what to do, then “we must be prepared to live above board.”

The Acting President noted that with the present electoral laws, the country could conduct generally accepted elections that could earn it a score of up to 70 per cent but stressed that the problem of compromise was responsible for the doubts on election results.
Source: Vanguard Newspapers – www.vanguardngr.com