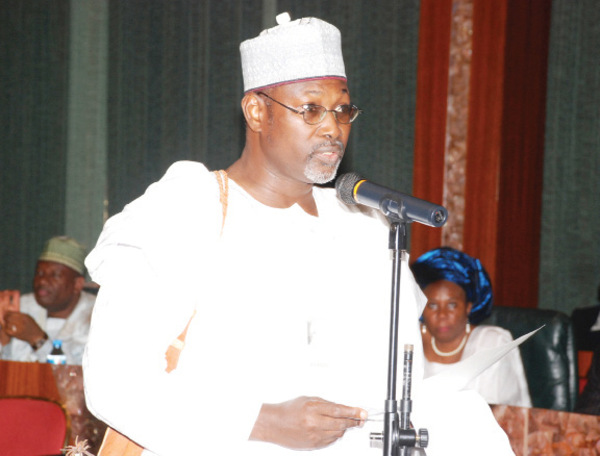 The Independent National Electoral Commission (INEC) said it will require at least N55.1 billion to organise a “substantially more credible” voters register ahead of the 2011 general election.

The commission’s chairperson, Attahiru Jega, told a delegation of the Academic Staff Union of Universities (ASUU), who visited him in his office in Abuja yesterday that the money is required to purchase the requisite technology to produce a credible voters register. “We can use N55 billion as the cost of equipment alone if we buy directly from the manufacturers since it will cost 2,000 dollars per unit.”

He explained that the equipment “will be a laptop-based unit plus the accessories for finger printing and a high resolution camera that can capture the pictures and complete the entire exercise within a maximum of 15 to 20 minutes.” He noted that by going directly to the manufacturers, the commission will not only get better quality products but will thereby save about N16 billion or more from the procurement. He hoped the commission’s proposal to the government would be approved before August 11.

Whilst calling for a review of the procurement process, Mr Jega lamented that the current procurement process involves the use of vendors and it did not permit direct purchase from the manufacturers. He blamed the process for disrupting the 2006 voters register.

“As soon as the contract was signed with credible partners, (in 2006) they were abandoned and fake equipment was purchased, some with expired licences and that was what affected the voter registration exercise in 2006” he explained.

He also noted that though funds had been made available for the election, “there is a funding gap of close to N10 billion. Some important personnel costs were not captured in the funding,” he said.

On the newly amended constitution, Mr Jega said that the time requirement in the amended constitution has made the conduct of the election more constraining, and warned that “if time line is not extended and resources provided, there is no way anybody can conduct a credible voters registration exercise in the maximum of eight weeks.”

He said “Assuming we will start election on Jan. 8, then by August 11, INEC must announce a time table for the election. And if by law, all registration exercise was to be done 120 days to the date of election; it meant that registration should be concluded by September 9.” He called for the extension by two months, the time frame of concluding the voters registration exercise from September 9 to November 9 stating that “this is because we have to purchase equipment, deploy them, train people, arrange logistics and you have to do the registration before the election.” He said if the timeline was extended and resources provided as early as possible, “then by January, there will be a much more credible voters’ registration than what is on ground now’’. He recommended that the provision that supplementary voters’ registration must end 60 days before the election, should be reduced to 30 days.

The convener of the Coalition of Democrats for Electoral Reform (CODER), Ayo Opadokun agreed that INEC should be well funded, adding that his coalition strongly supports the proposals by Mr Jega if they will lead to the production of a diligent, accurate, clear and productive voters register. Also, the spokesperson for Action congress, Lai Muhammed said the government should provide the fund for INEC as “we all know the government can afford it.”
Source: Next Newspaper – 234next.com