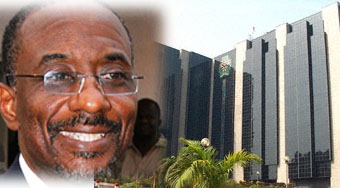 Governor of the Central Bank of Nigeria, Mr. Sanusi Lamido Sanusi, on Friday, in Asaba, described most Nigerian banks as gambling centres.

Sanusi also described the Nigerian stock market as a casino, where fraudulent business transactions are perpetuated to the detriment of the citizenry.

He said politicians, particularly public office holders, were accomplices in the shady deals in which depositors of banks and investors in the stock market were being manipulated.

He tongue-lashed politicians for being responsible for the failure of some banks in the country.

The CBN governor stated these in a lecture titled, ”The Economy In Perspective: Consolidating The Gains of The Banking Sector Reforms,” which he delivered in Asaba, Delta State capital.

The lecture was organised by a non-government organisation, The Knowledge Centre, based in Onitsha-Ugbo, Aniocha North Local Government Area of the state. Sanusi said that members of the management and board of the banks easily gambled with depositors‘ money and colluded with the operators of the stock market for selfish motives.

He said the investors in the stock market had been turned to casino players by those who freely manipulated the market, warning depositors not to entrust their money to banks operated by those he referred to as ”gamblers.”

The CBN boss, at the event chaired by a former Head of the Interim National Government, Chief Ernest Shonekan, and attended by the Delta State Governor, Dr. Emmanuel Uduaghan; his Anambra State counterpart, Mr. Peter Obi; Managing Director of BGL Plc, Mr. Albert Okumagba; and President of Afreximbank, Cairo, Egypt, Mr. Jean Louis Ekra, reiterated that CBN embarked on the ongoing banking reforms to save depositors and investors from being fragmented by the failed banks.

He accused the boards and managements of the banks of creating a false impression about their well-being in order to manipulate unsuspecting depositors, warning that the CBN was poised to put an end to the ugly trend.

He said, ”Although financial crisis is an integral part of every capitalist system, banks should stop preventing depositors and investors from Technical and Fundamental Analysis and Investors‘ Sophistication.

”We had a banking system in the past that was exposed to the capital market but without guidelines and regulatory system on lending margin. In the stock market, what people think about is how it will go up. But this market, this casino, is what those entrusted with depositors‘ money gamble with.

”A stock market is a very funny casino. Don‘t entrust your money with gamblers. CBN rules and regulations around the banks cannot be compromised. We are not just doing the sanctioning, we are combing the banks for excellence. The banks must stop creating the impression that they have values when in the actual sense they are dying.”

To salvage the situation, Sanusi advocated for a Bank Use Act, to overcome what he described as ”Insurance Business and Fixed Income Bubble,” adding that the current and saving accounts of depositors would no longer be allowed for use in executing private businesses.

”The CBN will no longer allow the use of current and saving accounts of depositors by banks to service insurance businesses, construction of roads and bridges by governors, senators and other political office holders, and the days of Intercontinental Bank‘s 30 per cent ownership by an individual, Oceanic Bank‘s 40 per cent ownership by a family and Afribank‘s 12 per cent by an individual, aside all other bad loans, are gone.”

The Convener of the forum, Prof. Sylvester Monye, said the centre was a charitable organisation with specific focus on the promotion of the development of knowledge as a key source of empowerment for the youth and less privileged members of the society. According to him, the centre was designed to provide cutting edge platform for modern and efficient information technology.

”It (the centre) will be equipped with a reference library, e-library, an ICT Centre and a multi-purpose conference centre. We are planning to create an enduring institution that will support and propagate the development of knowledge and the empowerment of our youths,” Monye added.

Governors Uduaghan and Obi, in their separate remarks, advised banks to give out loans to small scale industries and farmers and address the challenges Nigerians were facing in attracting foreign investments into the country.