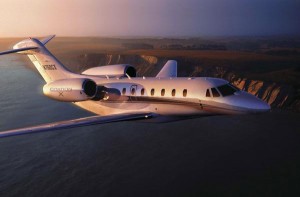 Nigeria’s cabinet approved the purchase of three new presidential jets on Wednesday, a day after Africa’s most populous nation said it would have to raise debt to fund elections in less than six months.

President Goodluck Jonathan has not yet said whether he will contest the polls, but most Nigerians expect him to do so, particularly given recent announcements from his administration — ranging from pledges to boost power supply to building more roads — that suggest he has plans beyond next January.

He named two northern politicians from the opposition All Nigeria Peoples Party (ANPP) as junior cabinet ministers on Wednesday, in what some analysts said looked like a move to undermine the cohesion of the rival party.

The cabinet approved the purchase of two Falcon 7X aircraft from France’s Dassault Aviation and one Gulfstream G550 from the U.S. planemaker for the presidential fleet at a cost of $150 million.

“After consideration, council approved the purchase,” Information Minister Dora Akunyili told reporters after a cabinet meeting in the capital Abuja.

The first Falcon would be delivered towards the end of the year, with the second Falcon and the Gulfstream due to arrive by the second quarter of next year, after the elections.

The amount was already provided for in the 2010 budget but the timing of the announcement raised questions about the country’s spending priorities.

The announcement comes a day after lawmakers approved plans to raise 88 billion naira ($585 million) via a bond issue to pay for the electoral commission to overhaul voter lists and buy additional ballot boxes for the elections.

The timing of the polls has broadly been known since the end of military rule a decade ago, and it was not immediately clear why enough funds had not been earmarked for the Independent National Electoral Commission (INEC) in the 2010 budget.

The Business Day newspaper said the supplementary INEC budget made Nigeria’s voter registration process the most costly in the world. The daily Next newspaper questioned why 3 billion naira was earmarked for new vehicles: “Does INEC not already have vehicles,” it pondered.

That supplementary spending plan comes on top of the main 4.4 trillion naira 2010 budget, meaning Nigeria’s fiscal deficit is expected to increase beyond 5.4 percent of GDP, well above a 3 percent target set just three years ago.

The Finance Ministry has warned that government revenues, mostly from oil sales, would not be enough to fund the budget and that the OPEC member would likely have to use up its windfall oil savings or borrow more.

An electoral roll riddled with fictitious names and omitting legitimate voters was one of the main problems at the 2007 polls, which were so marred by ballot stuffing and intimidation that observers deemed them not to have been credible.