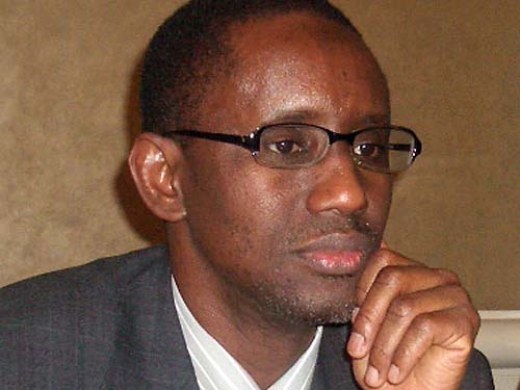 The BBC’s Caroline Duffield in Lagos says senior members of his opposition Action Congress of Nigeria (ACN) have been accused of corruption.

But Mr Ribadu told the BBC that his campaign will not be tainted by dirty money.

The elections have been set for January but may be postponed.
Election officials, who have asked for a delay, however insist that the new president will be inaugurated in May, as planned.

Mr Ribadu came to prominence as head of Nigeria’s anti-corruption agency before being sidelined in 2007.

He returned from exile in June, after saying he had fled because attempts had been made on his life.

But our reporter says both his admirers and detractors are becoming quietly agitated over his choice of party, with some saying he might find himself spending questionable funds, or that his patrons might one day expect his protection from prosecution.

But Mr Ribadu said this would not happen.
“Whoever has anything to answer, he will certainly never get protection from Nuhu Ribadu,” he told the BBC.

“I have never done it in all my life,” he says.

As the head of Nigeria’s Economic and Financial Crimes Commission, he prosecuted several high-profile politicians.

His critics, however, accused him of only going after rivals to then President Olusegun Obasanjo – accusations he always denied.

Mr Ribadu also said he remains convinced that Nigeria’s elections can be free and fair, despite the widespread violence and allegations of fraud which have characterised previous polls.

“Don’t ever believe it cannot be done. Your vote will count.”

A new electoral register and electronic voting machines are being introduced.

Observers say the difficulties facing reformers are severe, and are uncertain whether a grace period of a few months will deliver free and fair polls.
Source: BBC News – www.bbc.co.uk