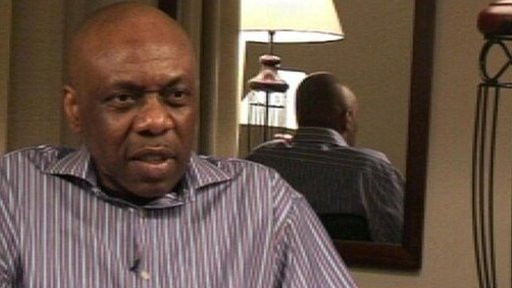 The bail application of suspected Abuja bombing mastermind, Henry Okah took a dramatic twist yesterday when the State failed to produce substantial evidence linking him to the twin car bombings that killed 12 people in Abuja. Magistrate Hein Louw told the State that it had not brought forward evidence directly linking Okah to the crime.
“The State’s evidence is vague,” he said.

Okah’s defence lawyer also dared the State to produce any phone call, or e-mail which linked his client to the bombings.
State prosecutor Shaun Abrahams said the State had intentionally withheld this information as its investigation was in its infancy.

“You are damned if you do, you are damned if you don’t,” Louw told Abrahams. “I do understand your predicament,” he added.
Louw put an ultimatum to the State, saying that it should either reopen its case or allow him to pass judgment in the bail application. Abrahams then told the court that the State would apply for its case to be reopened.

“I will grant the State (permission) to reopen its case, but I will deal with this matter tomorrow morning. Should the State not be able to lead new evidence, I will deem it closed,” said Louw.
The matter was postponed to today. Okah faces charges of engaging in terrorist activities, conspiracy to engage in terrorist activity, and delivering, placing and detonating an explosive device.
Source: Daily Sun – www.sunnewsonline.com