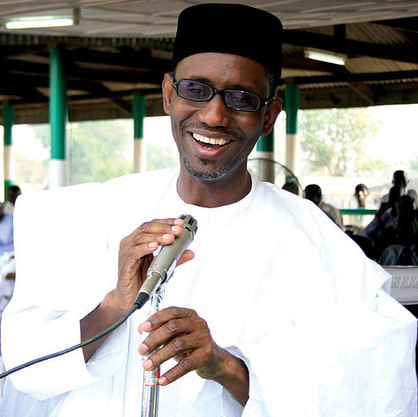 The All Progressives Grand and the Action Congress of Nigeria have commenced talks aimed at mobilising progressives to support the presidential ambition of the former Economic and Financial Crimes Commission Chairman, Mallam Nuhu Ribadu.

Investigations by SATURDAY PUNCH showed that the two parties were favourably disposed to fielding Ribadu as their presidential candidate in 2011.

It was learnt that a new group, the Patriotic Electoral Alliance of Nigeria, consisting of 46 political parties, had set up a committee that would produce the criteria for picking a joint presidential candidate.

SATURDAY PUNCH learnt that during a meeting held at the Labour Party headquarters, in Abuja on Thursday, the parties directed the committee headed by the chairman of Congress of Nigeria Political Parties, Alhaji Balarabe Musa, to submit its report on Oct. 28.

The coalition, which was formed on Thursday, consists of APGA, ACN, Labour Party and Congress for Progressive Change.

But the National Chairman of APGA, Chief Victor Umeh, confirmed to one of our correspondents on the telephone that the party had commenced talks with Ribadu.

He said that although the talks had not been concluded, if they were fruitful, Ribadu would be the presidential candidate of the ACN and APGA.

“We want all progressives to come together during the 2011 elections. The talks have not been concluded, but they have started,” he said.

The National Publicity Secretary of the CNPP, Mr. Osita Okechukwu, in an interview with one of correspondents, said that the 46 parties in the coalition were determined to defeat the Peoples Democratic Party, which has been ruling at the centre since 1999.

“If the strength of your party is in Lagos, we will advise everybody who is a member of the coalition to file behind your party to contest an election so that the voting will go that way,” he said.

According to him, the new group was formed by the Coalition of New Nigeria led by Charles Nwodo and the Patriotic leadership Forum headed by Prof. Pat Utomi.

Okechukwu explained that the central objective of the new group was to dislodge the PDP from the centre.

He said opposition parties were not divided on the choice of either Ribadu or the presidential aspirant of the CPC, Gen. Muhammadu Buhari.

He said, “It (picking a presidential candidate) is not our headache because we have reasoned that every human being has his own ambition. But we are trying to build a checklist or a template for these people who are interested in becoming president. The person must have the highest chances of defeating the PDP.”

Okechukwu added that the steering committee set up by the group would come up with criteria for picking a presidential candidate on Oct. 28.