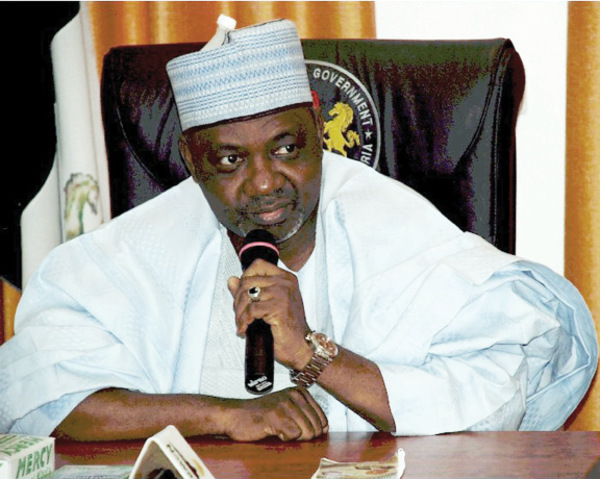 The road to transformation

Speaking at the special community event for Nigerians resident in the United Kingdom (UK), which took place at the Alexandra Palace Hotel, Wood Green, London, Mr. Sambo said one of the immediate priorities of government is power supply which is critical to the transformation of the country.

President Goodluck Jonathan had on August 26 at the Eko Hotel and Suites in Lagos launched his programme called Roadmap to Power. Mr Jonathan said during the launch that, “The federal government plans to embark on significant increase in transmission that will immediately begin to fundamentally address the anticipated capacity problems. We are planning to build a proper transmission network at devoted level of 700kv that will go from Afam, Rivers State, through Markurdi, to Jos, Kaduna, Shiroro, Jebba, then down to Lagos, to Osogbo before going through Benin to Onitsha and before finally going back to Afam. The procurement and design of this network will hopefully commence next year. The line will also run from the 700KV line in Kaduna to Kano and from Jos to Gombe’’

We want to vote

Responding to persistent appeals by Nigerians who attended the London event, asking that the federal government makes it possible for Nigerians in the Diaspora to vote during the coming elections, Mr Sambo said, “while the vast majority of Nigerians in the Diaspora would not be able to vote at the next general elections except those who could register in Nigeria in line with the provisions of the constitution, we shall ensure that future amendments to the constitution and before the 2015 election would address this legitimate aspirations of our people resident abroad to vote.”

The Vice President commended the contribution of Nigerians in the UK, which at present he said, “is reflected in the volumes of remittances, investments and injection of critical skills and expertise into the Nigerian economy over the years,” encouraging them to let the change Nigeria needs start with them, by being good representatives of the country.

“Aside from oil and gas resources, the greatest asset that Nigeria has is its abundant human capital, vast majority of who are the youths and women as exemplified in this hall. Let the change start with you, by seeking to be the best in what you do, by being good and great ambassadors of Nigeria in the ways you conduct yourselves, in your relationship with fellow Nigerians and your host communities as good citizens. The virtues of discipline, selfless service and personal integrity should be your watchwords”.

Earlier in his remarks, Nigeria’s Acting High Commissioner Dozie Nwanna, expressed the appreciation of the entire Nigerian community in the UK at the presence of the Vice President during the events marking the country’s 50th anniversary celebration. He told Mr Sambo of the Legacy project which is the building of Nigeria’s Cultural Centre in the United Kingdom and solicited the support of the federal government.

During the event outstanding Nigerians in the UK were also recognized and given awards. They include; Alistair Soyode, Mark Abani, Lola Obe, C. Osita, and Yunusa Baba. Mr. Abani, who is the President of the Central Association of Nigerians in the UK, Mr Soyode who heads Nigerians in Diaspora in Europe, and

Gladys Olowu, Chairman Council of Elders, all spoke on various aspects of life in the Diaspora.

Dignitaries present at the event included the wife of the Vice President, Amina Namadi Sambo, governor of Akwa Ibom State, Godswill Akpabio, and Linda Chalker, Baroness and Coordinator of the Honorary International Investor’s Council, and the minister of state for foreign affairs amongst others.
Source: 234next.com