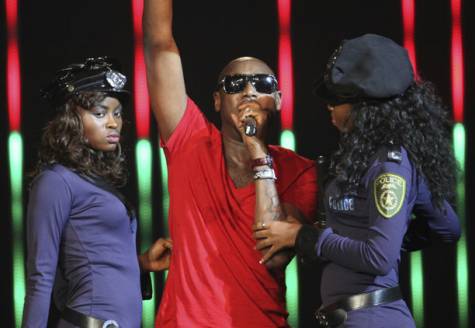 As one artist rushed the stage wrapped in Nigeria’s green-and-white flag, Africa’s most populous nation ran away with the awards Saturday night during the MTV Africa Music Awards.

Nigerian singer 2 Face, known for his catchy, fast-paced pop song “Implication,” claimed both the artist of the year and best male performer awards during the ceremony held in Nigeria’s commercial capital of Lagos. He also dominated during a live performance, throwing himself into the crowd and running away from two scantily clad dancers dressed as police officers.

“One love to Nigeria,” the artist said as he held the golden MTV award, to the applause of the audience. His singing often includes words in the Yoruba language, heard throughout southwestern Nigeria.