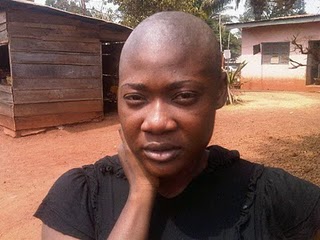 Popular Nollywood actress Mercy Johnson has gone bald for a new movie. The movie being directed by Micahel Jaja is yet to be titled. The produces of the movie, Magic movies have confirmed that Mercy Johnson is being paid 5 million Naira to star in the film.
Mercy Johnson had previously shaved her hair off when acting in the movie “Before The Light” in which she portrayed a cancer victim. She has garnered fans far and wide for her willingness to go to extreme lengths to interprete her character.
Uche Jombo another Nollywood actress had previously shaved her hair off when acting the 2010 movie “Holding Hope” co-produced by Emem Isong.
You can read more on Mercy Johnson here 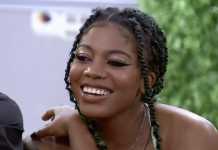