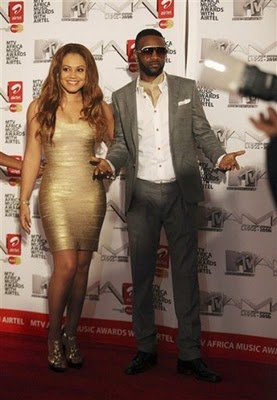 Sources have disclosed that Ghanian actress Nadia Buari and Congolese Singer Fally Ipupa are having an affair. The couple was initially spotted together on the MTV Africa Music Awards red carpet.
According to reliable sources the couple have been dating for months now, they were recently spotted sharing a hotel room in Lagos recently.
Nadia Buari used to date Chelsea football star Michael Essien till their breakup in 2009