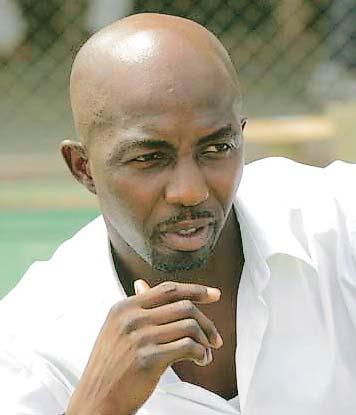 The much-awaited annual market information which offers insight into the annual state of play in the telecoms market performance of operators using key indicator of subscriber numbers, and provides a barometer to measure the state of health of the telecoms industry was obtained by Technology Times on the website of the Nigerian Communications Commission (NCC).

The official government figure showed Glo ending 2010 with 19,627,415 lines as against Airtel Nigeria’s 15,834,243, representing a difference of 3,793,172 lines between them. While both operators had been running neck-to-neck over the last few years, Glo’s triumph over Airtel firmly places Glo in number two place.

But no rival has been able to upset the clear market leadership of MTN Nigeria that ended 2010 with 38,683,520 lines out of the nation’s active phone lines totalling 88,348,026, and recorded a year-end growth rate of 6.37 percent over the preceding quarter during the period.
MTN Nigeria continues to lead the telecoms market by subscriber number and has a huge 19,056,105 lines separating it from Globacom, the number two player.

During its high profile entry into Nigeria last year, Bharti Airtel – the new owners of Airtel – had promised to upstage MTN Nigeria as the telecoms market leader in the country and also planned to commit a $600 million war chest to upgrade the operator’s network, improve service quality and drive an aggressive entry into rural and underserved areas to achieve the Nigerian market conquest.

However, the state of market performance reveals that Airtel may have ignored an equally bullish competitor in Globacom which, last year, announced the take-off of its international undersea cable, Glo 1, which it reckons will offer adequate market edge to support the introduction of new data services that will lock in existing subscribers and win new ones as the telecoms market players look beyond the traditional revenue stream from voice for survival.

Another major market upset was recorded by Etisalat, the market’s last entrant that had 6,791,986 lines at year-end but showed up from this seemingly disadvantaged position with an impressive growth rate of 25.37 percent in the last quarter of 2010.

Within the family of five GSM operators who, among them, account for 91.9 percent of Nigeria’s 88.3 million (ie: 83million) active phone lines, Etisalat recorded the most bullish growth in the last quarter with 25.37 percent, followed by Globacom with 11.48 percent. On the other hand, MTN Nigeria recorded a growth rate of 5.89 percent while Airtel’s growth appreciated by 1.81 per cent within the period.

MTN’s slow growth in the last quarter of 2010, recording 5.89 percent over the preceding one, may be interpreted to mean that the market leader may have chosen to secure its existing customers and be less aggressive in attracting new ones.

But the latter position is mitigated by MTN Nigeria’s decision last year to aggressively drive a rural telephony strategy that may win it new connections in rural and underserved markets in Nigeria’s geographically dispersed terrain when it signed a $400 million deal with Chinese equipment supplier, Huawei Technologies.

Under the pact, MTN, known to be a traditional prospect for the high networth cream of the market, says it is reviewing its strategy alongside Huawei Technologies to cover no fewer than 500 villages by the end of 2011.

The MTN-Huawei deal is generally regarded to be a response to Airtel, known to be adept at creaming off gold from the bottom of the pyramid based on not only its experience from its home country, India, but also on its pedigree.

Another key outcome of the 2010 telecoms market duel among operators is that the Nigerian telecoms industry remains a terrain controlled by the deep pocket GSM players who, at year-end, controlled 91.9 percent market share leaving just 6.91 percent and 1.19 percent to mobile CDMA, and fixed and fixed-wireless operators, respectively.

That is not likely to change soon, as the CDMA market groans from rising competition from GSM operators who are equally poised to step up the game in the new year.

MTN Nigeria, realising the seeming edge offered Glo by its wholly-owned submarine cable Glo 1, has teamed up with in-country competitor, Vodacom of South Africa, one of the key investors in WACS, for access to a competing fibre-optic cable facility due to land in Nigeria by mid-year.

Within the CDMA market, the smaller mobile operators are led by Visafone which accounted for 2,558,867 active lines, followed by Multilinks Telkom, owned by South Africa’s Telkom with 1,454,704 lines. Starcomms trailed them with 1,149,380 active lines against Reltel’s 939,145 lines during the same period.

Meanwhile, within the sector, Multilinks Telkom, which has indicated its intention to exit the Nigeria CDMA market on account of losses recorded by the company, accounted for the most bullish year end growth of 15.36 percent, followed by Starcomms with 9.82 percent, and Visafone with 1.52 percent.