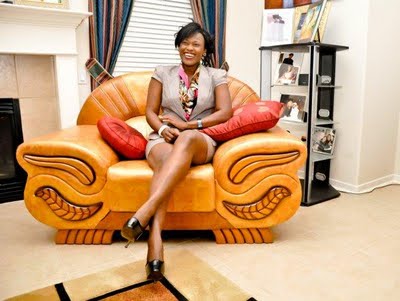 Uche Jumbo Launches Her Movie Studio
Nollywood actress, script writer, GLO ambassador and nominee for Actor of the Year at the Future Awards, Uche Jombo has joined the list of artistes who own movie studios with the launch of her movie studio, Uche Jombo Studios.

The first project from the new UJ studios which is also an ambitious and socially conscious project is a collection of 3 movies Titled ‘The Damage Movies’.

At advocacy for social issues, each of the three stories addresses important problems affecting individuals, families and societies at large, the first movie to be released, DAMAGED, sees her act alongside movie star Kalu Ikeagwu as a married couple in an abusive relationship as it highlights the psychological effect it could have especially on the children.