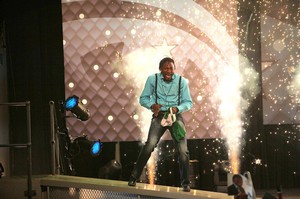 The new season of Big Brother Africa – now called Big Brother Amplified – started off on a confusing note for viewers on Sunday night after more than the usual 14 housemates pitched.
During the week, M-Net uploaded profiles of 14 housemates on its website for the sixth season, but then a further 12 appeared during the launch show on Sunday.

Suddenly, some countries including Zimbabwe, South Africa, Nigeria and Malawi had two contestants each. Big Brother said later that all the contestants would go through an “audition week” to ensure their status as fully fledged housemates.

M-Net was unwilling to provide the TV ratings from the past five seasons of the reality show, but there was a feeling that the show’s popularity took a dip when the crowd-pulling “shower hour” was done away with two seasons ago.

The show returned on Sunday, for 91 days of scandal, back-stabbing and R1.3-million in prizes.

Former South African season two contestant Lerato Sengadi said yesterday she was not too thrilled. “If the vibe in the house isn’t working, they lose viewers and it picks up again towards the final week.”

Sengadi said she would “probably watch the highlights”.

“Being on [the show] is like being an experimental lab. You’re being poked and prodded to see how you react to certain situations, and that speaks to people’s hidden voyeuristic desires,” she said.

Show addict Patty Wenger of Ghana said that apart from watching to see hot men, she wanted “to acquaint myself with how people live and socialise with others from different parts of the continent”.

Bloemfontein’s Kamohelo Tau said: “I watch for the controversy, all the conspiring among house mates and Biggy’s tricks.”
Click here to view the Big Brother Africa (amplified) 2011 contestants.
Source: timeslive.co.za