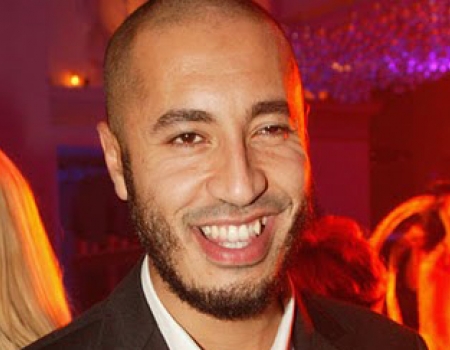 Colonel Gaddafi’s youngest son, Saif al-Arab, and three young grandchildren were killed in an air strike on a house in the Bab al-Aziziyah area of Tripoli, a Libyan government spokesman said.

The Libyan leader was in the house at the time of the attack but was unharmed and is in “good health”, the spokesman said.

Officials took journalists to the site of the bombardment which has been hit by at least three missiles.

Saif, 29, was one of Gaddafi’s less prominent sons and was described by officials as a student who had studied in Germany. The grandchildren were in their “pre-teens” spokesman Mussa Ibrahim said.

The deaths have not been independently confirmed.

The UK Foreign Office on Sunday said it could not verify reports of who was killed in the attack.

It added that officials were investigating reports that the British residence in the Libyan capital had been destroyed.

A spokeswoman said if the residence in Tripoli had been destroyed it would be a “deplorable” act as Colonel Muammar Gaddafi’s regime had a responsibility to protect diplomatic missions.

Britain currently has no diplomatic presence in Tripoli after closing the embassy earlier this year as the situation in Libya deteriorated.

NATO denied directly targeting Gaddafi amid political concerns that the alliance had gone beyond the UN resolution.
Source: www.channel4news.com