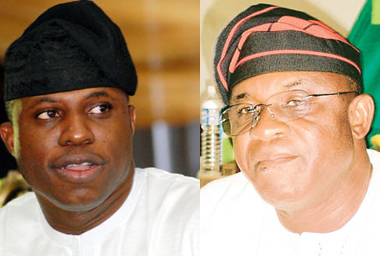 The House of Representatives embarked on another one-week recess on Wednesday barely 24 hours after its members resumed from their general elections break.

There were two different accounts of what led to the sudden break. While one had it that the recess resulted from the absence of two key principal officers — the Speaker, Mr. Dimeji Bankole, and his Deputy, Alhaji Usman Nafada— the other attributed it to the need to avert a row planned by some aggrieved members.

Under the standing orders and rules of the House, only the two presiding officers (speaker and deputy speaker) can preside over proceedings in the chamber.

The aggrieved lawmakers, led by Mr. Dino Melaye, are protesting the non-payment of their salaries and allowances for 10 months.

It was learnt that Melaye and his colleagues had attempted to accost the Speaker on Tuesday but for the intervention of Nafada and the Chairman of the House Committee on Rules and Business, Mr. Ita Enang.