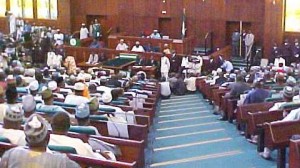 President Goodluck Jonathan has returned the national budget to the House of Representatives on account of N200 billion items that were illegally inserted into the document. The lawmakers described the incident as a potential source of scandal and so called for an executive session. However, after the 2hrs closed door executive session aimed at providing explanations as regards the source of the illegal addition, the lawmakers remained bewildered and unable to come up with any satisfactory answers. THISDAY however learnt from a source that the said N200billion was inserted into the budget after the House and the Senate had harmonised their separate versions of the Bill.

How does N200 billion jump into a budget from “nowhere”?