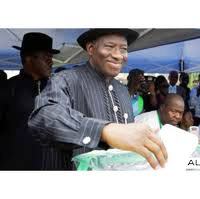 Weeks after Nigeria completed what has been her most celebrated and widely acclaimed presidential election in years, the debate as to whether or not the election was credible continues to linger in some quarters. With CPC challenging the credibility of the polls and the victory of President Goodluck Jonathan alleging that the elections in about 20 out of 36 states were rigged and should be nullified, could it be that the Nigerians and international communities that applauded the elections were blind or were they involved in the election rigging as well?

In 2007, when Late Yaradua won the election Buhari cried foul and took the case to court. Although the court did not give the verdict he had wished for, the election truly had been full of irregularities as was openly stated by several Nigerians and international communities. The question however is, what went wrong in this year’s election? Besides seemingly remote incidents like that of the “Last vote bender” considerably few instances of election fraud were witnessed, many radio stations and some other sources predicted the results of various states with marked accuracy and the overall difference in the number of votes which was  22,495,187 votes to PDP and 12,214,853 to CPC didn’t seem over-exaggerated as compared to the 24,638,063 votes to PDP and 6,605,299 votes to the opposition party ANPP as was witnessed in the last election.

Another issue one might raise is that Buhari had earlier pledged not to challenge the outcome of the results in court, with the new turn of events it seems he has reneged on his words. Many Nigerians may also remember that in 1983 Buhari led a coup in which he overthrew a democratic government, as a result of this, some Nigerians consider it wrong for him to try to regain power through a platform he once thwarted and hence view his participation in the elections as a breach of character.

Many words can be said about the unfolding drama; but one must wonder, will Buhari led parties forever cry foul after every election? Will these “I no go gree” and “Ojooro cancel Ojooro” tactics produce any results? Is the inability to accept defeat at the core of CPC’s lawsuits or were there really electoral malpractices of large-scale magnitude worthy of getting the tribunal to set aside the results of the election and organize a new one between CPC and PDP? And even if another election were to be conducted would the results eventually satisfy CPC?  What do you think?