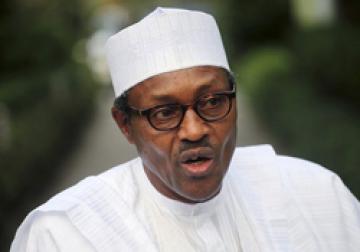 Retired Major General Muhamadu Buhari made good his threat to challenge the victory of President Goodluck Jonathan at the April 16 presidential poll yesterday.
There are also indications that forensic experts will also play a major role in the attempt to claim the mandate.
The Congress for Progressive Change (CPC), on which platform he contested the election, has filed an application before the Presidential Election Tribunal sitting at the Court of Appeal, Abuja demanding for some sensitive materials used during the poll from the Independent National Electoral Commission (INEC).
The defendants are the INEC, its National Chairman (Prof. Attahiru Jega), Jonathan, Vice-President Namadi Sambo, Peoples Democratic Party (PDP) and the Resident Electoral Commissioners (RECs) for the 36 states and the Federal Capital Territory (FCT).
In an ex-parte motion brought pursuant to Sections 77(1) and 151 of the Electoral Act, 2010 (as amended), Order 26 Rule 8 of the Federal High Court (civil procedure) Rules 2009, the party is praying for an order of the court directing the commission to seal all the Direct Data Capturing machines (DDC machine), ballot papers and ballot boxes used in the election so as to preserve same for forensic test in the course of the petition to be filed shortly.
The applicant also wants an order directing the INEC and Jega to produce for inspection and permit it to take copies of the documents/materials/ballot papers used in the election as shown out in the schedule to the motion.
Source: thenationonlineng.net