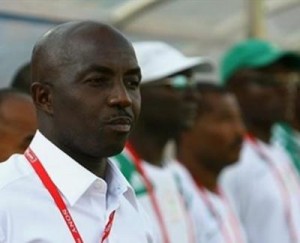 Coach Samson Siasia is ready to release the list of the Super Eagles that are to take part in the friendly match against Argentina on  June 1, and also in the African cup of nations qualifing match against Ethiopia (in Addis Ababa) on June 4th. It is rumored that Arsenal’s youth player Chuks Aneke, who has expressed his willingness to play for the Super Eagles may also be invited.

This match is likely to serve as the litmus test for Coach Samson Siasia who up till now has maintained an impressive record in terms of his performance in coaching Nigerian teams especially at lower levels. Since he will be in charge of  handling the best of the Super Eagles players whether home based or aboard, the match is to be to a great extent an indication of how well he can perform with the Super Eagles team.