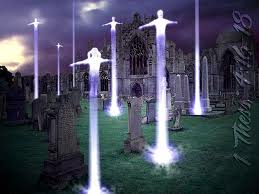 Spurious claims have been made that the world will come to an end on 21st May 2011, while these claims originated from a Christain radio broadcaster whose religious network dubbed “Family Radio” is based in California, the rumor has spread even to Nigeria especially as the supposed day is now at hand.

Nigerians have been sending text messages to each other and some people made posts about it on their Facebook and Twitter pages, but can this really be? Despite the clamors that have been made in the years past as regards the end of the world, people still give ears to such talk. The world was supposed to end at the turn of the century as prophesied by a great number of religious leaders and sects but it didn’t, on the 6th of June 2006 (666) the end of the world prophesies sparked great fears but nothing happened, even on the 9th Sept 2009 (999), the world didn’t end and countless prophesies before that came to nothing. Then why all the fears, well lets examine the supposed evidence available:

It’s the anniversary of Noah’s Flood: Some scholars, including Camping, adhere to the theory that the Biblical Flood took place on May 21 in the year 4,990 B.C. Then, in Genesis, God told Noah seven days before the Flood to warn people of the impending cataclysm. And Camping posits that this figure, seven days, holds greater significance than meets the eye. According to the biblical passage 2 Peter 3:8, “one day is with the Lord as a thousand years, and a thousand years as one day.” Therefore, argues Camping, Rapture should occur 7,000 years after the Flood. And the 7,000th anniversary of the biblical deluge, by his math, falls on May 21, 2011.

It’s the anniversary of Creation … sort of: Another piece of evidence — explained by Family Radio affiliate eBibleFellowship — suggests that the world began in 11,013 B.C., and its 13,000th anniversary came and went in 1988. During that year, apparently on May 21, the end of the “church age” came to pass. Then, a 23-year time of “tribulation” began, during which Satan claimed dominion over all the world’s churches. (Camping also supports this notion. He claims that the number “23” also represents “destruction” in biblical symbology.

Divine Numerology: This elaborate line of reasoning first argues that Jesus Christ was killed on April 1 in the year 33 A.D. Using that date, the crucifixion would have occurred exactly 1,978 years and 51 days — or 722,500 days — before May 21, 2011. It turns out that 722,500 is also the product of an equation — (5 x 10 x 17)^2 — that includes three different numbers of significance, according to Camping. Five means “atonement.” Ten indicates “completeness.”And 17 signifies “heaven.” Thus: Armageddon – i09

Robert Jeffress, a pastor at the 13,000 member First Baptist Church, in Dallas, Texas, says that such predictions give non-Christians “one more reason to discount the Bible.”

In addition, he says “Camping’s false prediction” discourages people from taking the steps necessary when the real event occurs. – Forecast for tomorrow

There are a lot of problems with these arguments, the first and most obvious is that they all based on numbers and figures that are merely speculated, and not verifiable. Also the arithmetics performed to generate these figures does not account for the change in the speed of the Earth’s revolution around the sun over a long period of time, thus faulting it.

In any case, we’ll simply fold our hands and wait to see if indeed the world will end today.