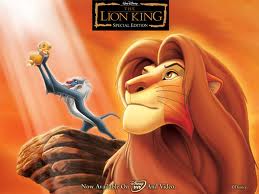 It’s 4:00pm and I’m home looking at the television screen, expecting that in any moment I’ll enjoy what used to be my favorite hobby as a child – watching cartoons. Suddenly some rather distastefully drawn characters pop up, only for me to realize it’s Cow and Chicken? I wait patiently and quietly, enduring the torture for 30 straight minutes and guess what? Up next… It’s Captain Red Beard, the next 30 minutes were as gruesome as the others with Sponge bob entertaining me torturously finally after that came the 5:30pm news. So I changed the station hoping to at least find a good cartoon to watch on another Nigerian Tv station but the best could find on any station was “I am weasel” –  who cares?!!

I started to retrospect on my childhood days, how I could barely concentrate on Tuesday afternoon classes because I knew Samurai X would start by 4:00pm. By the first clang of the bell I would be racing home, the only thing on my mind would be Samurai X, Samurai X… after that was Ghost busters then Godzilla, after which I would browse other stations and would regularly find some showing cartoons like power rangers, Bambi, Tom and Jerry or Bugs Bunny. On Saturday, there was Carbury’s Breakfast television show, and I would wake up as early as 6:00am and sneak out of bed just to watch cartoons. Yes I agree, it was a bad habit but at least I had something to look forward to during the weekends, and there was a time Cable Channel was still free and DBN used to show cartoons regularly? The question is what’s happened to those cartoons and TV shows? Nowadays even the Tom and Jerry I see on TV is hardly funny, Tom has learnt to talk and Jerry has run out of tricks. Whoever is making this version obviously lacks Fred Quimby’s humor. They’ve replaced the fairly manageable cartoons like Johny Bravo and Pinky and the Brain with stuff like Teletubbies. Why?

I remember asking an 11 year old whether she’s ever watched Lion King, her answer was no, she had not watched Pocahontas either and she had merely heard of Beauty and the Beast. “Well what about Cinderella” I asked, “Oh! I have watched the movie” she replied. My point is that children of this generation no longer have access to quality cartoons save Avatar – The last air bender, Superman and perhaps Batman but most of the best cartoons have disappeared. What will this generation of kids say about their childhood 10 – 15 years from now?

I can hardly count the number of times I’ve had exciting conversations with friends about the cartoons we enjoyed during our childhood. Do you remember Voltron – Defender of the Universe? It was like the best in its time, especially before Power Rangers tried to make for a substandard remix. Anyway we also had Ninja Turtles, The incredible Hulk, Hercules, Captain Planet, Biker Mice from Mars (“Let’s Rock and Ride”), Magic school bus, Popeye, Peter Pan, Birdman, Jumbo (that’s from way back), Spotty, Tarzan, top cat, Iron man, The mask, Freakazoid, Fantastic four, Spiderman, Silver hawks, He-man (“By the power of Gray Skull…”), Thunder-Cat (“Sword of Omen come to my hands”), Inspector Gadget, Seven holy warriors, Casper the friendly ghost, Scooby-Doo… Oh! Don’t forget the classics like Bambi, Lion king, Aladdin, Pocahontas, Beauty and the Beast, Mulan, Little Mermaid, Toy Story, 101 Dalmatians, Hunchback of Notre dam… and so many others. Where have they gone?  If you remember any of the really cool or just okay cartoons from your childhood please share. Oh! and for all the Voltron lovers, here’s a little treat.