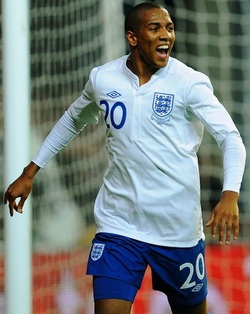 Ashley Young has signed a five-year contract with Manchester United on a fee believed to be around £15m to Aston Villa.

I am sure that United fans everywhere are celebrating this development. The club has been tracking the pacey left winger for a while and I am glad that the club are finally signing him. This bodes well not just for United, but looks to benefit England as well. Together with Chris Smalling, Phil Jones and Danny Welbeck amongst others, manager Sir Alex Ferguson appears to be building his next team with a strong core of English players.