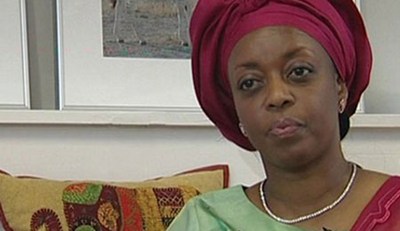 Denying reports that the oil mining licences – OMLs 4, 38, and 41 – were improperly and illegally assigned to international oil and gas company, Seven Energy International Limited, through its Nigerian subsidiary Septa Energy Nigeria Limited, without open bidding, she said the facts of the matter have been jumbled up “as no sale of oil blocks took place at all”.

According to her, the oil blocks remain assets of the Federal Government and only if they are to be sold is an open bidding held, according to the rules guiding such transactions.

Explaining the origin of the transactions, she said Shell Petroleum Development Company (SPDC) had decided to transfer ownership and operatorship of the three oil blocks to a consortium of two Nigerian companies and their international partner.

The Anglo Dutch company was the operator of the licences under a joint venture between NNPC (55 per cent); Royal Dutch Shell (30 per cent); Total Exploration & Production Nigeria Limited (10 per cent); and Nigeria Agip Oil Company (5 per cent).

The agreement signed by Shell with the buying companies covered its 30 per cent interest in OMLs 4, 38 and 41, covering approximately 2,650 square kilometres in the north-western Niger Delta.

Crude oil production in the area includes about 30 wells with a production capacity of approximately 50,000 barrels of oil equivalent per day.

However, according to Alison-Madueke, Shell did not have the right to transfer operatorship to the companies.

“By the law, once you divest of a block, as a multinational, the operatorship automatically reverts to the government through NNPC and it is the prerogative of the NNPC to now assign that operatorship as it deems fit on behalf of the Federal Government of Nigeria,” she said.

In an interview with THISDAY Board of Editors in Abuja Tuesday, Alison-Madueke said: “Last year, NPDC used to do 40,000 barrels a day. We sat down with the management and asked them to prepare a strategic growth plan for NPDC, which they did. According to the growth plan, if we followed it in terms of moving assets or assigning certain assets to NPDC, over the next four years or so, by 2015, NPDC should move from a company that was producing approximately 40,000bpd when we came in last year, to one that will be producing about 265,000bpd per day and at which point they would be able to rub shoulders with the Petrobras (of Brazil) and the Petronas (of Malaysia) of this world.

“The first issue I had was the OML 119, in which Agip had a service management contract with a Nigerian indigenous partner, and they now wanted to actually take the block… we went through all kinds of issues, and finally, with the support of the President, I was able to move 119 to NPDC. And in this period now, it has meant that NPDC has gone from 40,000 barrels to a company that is producing almost 100,000 because of that assignment.

“So we looked at others. Of course the Seplat/Shell issue had already come up, so we quickly looked at 438 and 441, and again there were choices for us to assign to NPDC. I have no idea how the story was turned 360 degrees and how I am now said to have sold it to the very people I had to fight before we could get the blocks assigned to NPDC. There are hosts of people looking for the blocks. There always are, it is no secret, but we stood our ground and we signed the consent to assign those three to NPDC. Of course, the media reports are now turning the story around.”

Asked why the three oil blocks were not sold through open bid, she said there is a difference between selling and assigning a block.

She explained: “If we were selling the blocks, of course there would have been an open bid. But these blocks were NNPC assets whose operatorship was only being transferred from Shell, the JV operator, to NPDC, which is a subsidiary of the NNPC.  You don’t bid when you are assigning. First of all, it is owned by NNPC; it is the 55 per cent that is already owned by NNPC going by the law. NNPC and the government can decide to sell it in the open market or assign it, for the right reasons. So when you are assigning it, it is simply a matter of convening. Of course there are various things to sign, it is under the minister’s prerogative to do that, and that is exactly what we did.”

She said what transpired between NPDC and Seven Energy after the assigning of the oil blocks was “merely a transactional agreement, and it was a funding agreement… there was nothing else in that transaction at all. The assets are intact and they still belong to Nigeria”.

The reports had said the three oil blocks were sold outright “secretly, improperly and illegally”.

It is believed that oil majors who are not happy with the empowerment of indigenous companies as well as some marketers who believe they are not getting enough fuel import contracts are behind the media campaign aimed at stopping Alison-Madueke from being re-appointed minister.

However, she said she was unshaken, maintaining that “if it is the will of God that I be re-appointed, I will be re-appointed… I am not worried at all by all the orchestrated media attacks and banalities.”