The 28 year-old Ivorian midfielder is the highest paid African player in the English Premier league. Made global headlines last summer when he left Barcelona (after a very successful streak) to join his elder brother Kolo at Manchester City. Smart move: Toure currently earns $320,000 a week. Other compensation includes an image rights payment of $2.5 million a year and an additional $1.3 million bonus every time Manchester City qualifies for the Champions League. 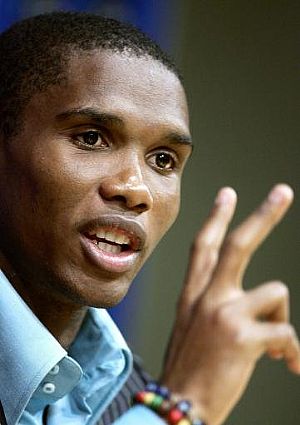 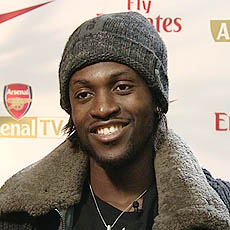 Born to Nigerian parents in Togo, the Manchester City striker started out his career playing for OC Agaza, a Togolese football club based in Lome. In July 2009 he exited Arsenal, signing a five-year contract with Manchester City, for a transfer fee of $40 million. Earns $220,000 a week. In January signed a loan deal to play for Real Madrid. Endorses energy drink, Power horse. 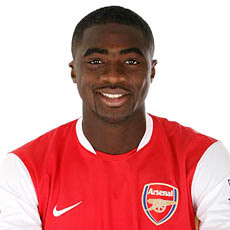 Kolo plays with Manchester City alongside younger brother, Yaya Toure. In March 2011 he was placed on suspension from the club after failing a drug test. He denies wrong-doing, claiming he inadvertently took diet pills meant for his wife. Investigations are still ongoing, but the worst that could happen is a 2 year-ban from football. Don’t feel too sorry: he’s got plenty of money. Currently earns $190,000 a week; has a boot deal with Adidas.

The 33 year-old French-born Malian footballer plays for Sevilla FC in the Spanish La Liga. Before Sevilla, had played for Lyon, West Ham and Tottenham Hotspur. A devout Muslim, in 2007 he paid $700,000 to purchase a mosque in Seville for Muslim locals after the contract on the premises had expired, and it was about to be sold out. Earns $180,000 a week.

One of the most highly rated strikers in the world, Drogba is currently the highest goal-scorer for the Cote D’Ivoire national soccer team and is Chelsea’s 6th highest goal scorer of all time. Currently his earnings stand at $185,000 a week. The 33 year-old has endorsement deals with Nike, Pepsi, Samsung and Orange France. Large heart: Has committed some $5 million to building a children’s home in Abidjan. 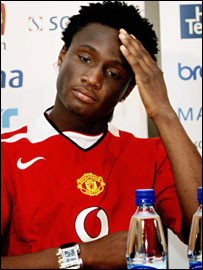 Many complain of Mikel Obi’s petulance, but why would he care? He makes $110,000 a week. The 24 year-old Nigerian midfielder is the highest paid soccer player from Nigeria. He started off his career with Plateau United, a Nigerian club, before stints with Ajax Cape Town in South Africa and Norwegian side Lynn Oslo. Endorsement deals include Pepsi and Samsung.

The 28 year-old Ghanaian-born, Chelsea midfielder currently earns $110,000 a week. In 2005, he signed with Chelsea for a $38 million fee, making him the most expensive African footballer at the time. Started off his career playing for Liberty Professionals, a Ghanaian football club based in Accra; went on to play for French clubs SC Bastia and Lyon before joining Chelsea. Outside the pitch, enjoys endorsement deals with African telecom group MTN, Samsung and Pepsi.