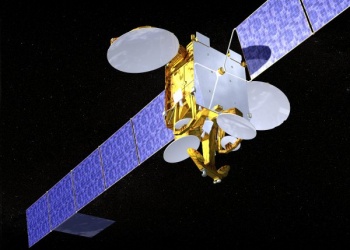 ARRANGEMENTS are being perfected by the Federal Government to launch Nigeria’s second and third satellites, SAT2 and SATX that cost £34 million, into the orbit by July 7.

The launching of the two satellites from Dnepr vehicle in Russia alongside five other countries, including RASAT for Turkey, EDUSAT for Italy, ARSAT-5 and 6 for United States of America and Sich-2 for Ukraine, will be televised live at 8.12 a.m. by Nigerian Television Authority(NTA).

The news was broken as the Director General of the National Space Research and Development Agency (NASRDA), Dr. Saidu Mohammed, dismissed the report of volcanic activity in Ndanijam Kargo village in Funakaye Local Council of Gombe State, noting that the occurrence of smoke in the region was a result of cracked cave undergoing magma process that required monitoring before conclusion can be made on the activities of the rock.

Meanwhile, the NIGCOMSAT1 which de-orbited 18 months after its launch in 2007 owing to power related problem will soon be replaced, as a proposal for its launch next year is ongoing between the Federal Government and the agency responsible for its design.

NigeriaSat-2 with a high resolution of 2.5 metre GSD in the panchromatic channel is an improvement on Sat-1 with a resolution of 32 metres and Nigeria-SatX was designed by 26 Nigerian engineers trained in Russia for the project.

The Director General of NASRDA Dr. Saidu Mohammed who announced the plan to launch the new satellites at an occasion marking preparation for the event yesterday in Abuja informed that 18 per cent of the total cost had been secured for insurance of the project designed for seven years.

He disclosed that the African Union had indicated interest in ensuring that the continent has a space centre for development in Africa.     The agency boss noted that the success of Sat-1 which had supported over 2000 applications within and outside Nigeria since its launch in 2003, gave impetus for the design of both NigeriaSat-2 and Sat-X.

According to him, the launch will be a gift to President Goodluck Jonathan and other Nigerians for the avowed commitment of the Federal Government towards improving the lives of every citizen through space application.

He said: “We are once more on the path to greasing the wheels of our success story, as the stage is set for the launch of our third and fourth satellites code named NigeriaSat-2 and Nigeria Sat-X.

“Nigeria Sat-X is the ingenuity of our engineers who have undergone training in the design and building of satellites. It depicts Nigeria’s first effort at developing satellite and will be launched alongside NigeriaSat-2. Technology application is needed in all facets of human life including health, security, defence, agriculture, environment, and information-communication.

Explaining the occurrence of gas emission in Gombe, Director of Geodesy and Geodynamics, Mr. Tahir Abubakar said what is going on in the state is gaseous emission of sulphide dioxide and carbon dioxide as a result of crack in the silt of a cave with a combination of magma reaction.

According to him, the occurrence is a pointer to future activity that requires monitoring now, and such that is compelling us to strengthen our research platform.

Engineer Frank Chizea who spoke on the two satellites said the Nigeria SAT2 is a mini-satellite, adding that same is capable of imaging in several modes about six different modes.

“It allows for more application areas to be carried out with better result from data obtained. The Nigeria SAT2 is almost ten times better and more advanced than the SAT1 within the same budget. It can pick ground resolution of 2.5 meters on the ground like a car packed in a place can clearly be identifed.”