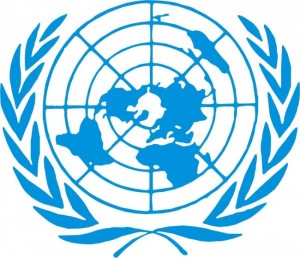 A new report says Internet access is a human right, and one that states need to use policies to enforce.

As evidenced by the Facebook Revolutions and ensuing Middle East turmoil, the Internet is a powerful tool and one capable of change. Of course, its eliminating citizen use of the Web under oppressive regimes has also yielded consequences. Perhaps inspired by these effects, the UN has declared the Internet a human right. A recent report titled “Report of the Special Rapporteur on the promotion and protection of the right to freedom of opinion and expression” declares that Internet access falls under freedom of expression.

“The unique and transformative nature of the Internet not only [enables] individuals to exercise their right to freedom of opinion and expression, but also a range of other human rights, and to promote the progress of society as a whole.” Special rapporteur Frank La Rue also acknowledges that the Web has become too important a tool to asserting other human rights for people to be denied its use. “Given that the Internet has become an indispensable tool for realizing a range of human rights, combating inequality, and accelerating development and human progress, ensuring universal access to the Internet should be a priority for all states.”

While the report may have especially poignant significance for Middle Eastern nations, it applies internationally. “Each state should thus develop a concrete and effective policy to make the Internet widely available, accessible, and affordable to all segments of population.” The US National Telecommunications and Information Association (NCIA) are collaborating with the FCC to analyze the state of broadband availability in the country. Recent findings revealed that a five to 10 percent of American cannot access Internet speeds that allow basic Web functions. So if you think this is merely a third-world problem or issue with oppressive governments, you’d be wrong.

Of course, these events are why such a policy has become relevant: “The recent wave of demonstrations in countries across the Middle East and North African region has shown thekey role that the Internet can play in mobilizing the population to call for justice, equality,accountability and better respect for human rights. As such, facilitating access to theInternet for all individuals, with as little restriction to online content as possible, should be apriority for all States.”

But is anything going to come out of this report? Last year, a BBC World Service study found that four out of five adults thought Internet access was a fundamental right, and participants from China, Mexico, Nigeria, Brazil, and South Korea were just among some of the countries that majorly agreed with this. Which means that despite these largely held beliefs, opponents are still denying people this alleged right.
Source: DigitalTrends.com