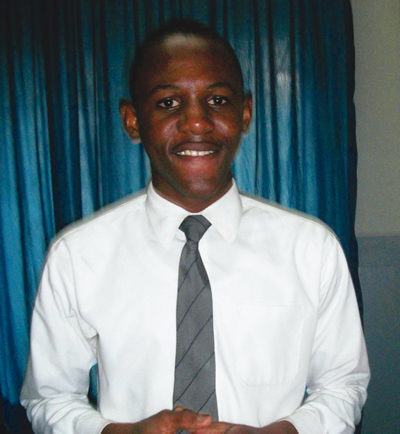 One of the heroes of the June 18, 2011 Unified Tertiary Matriculation Examination conducted by the Joint Admissions and Matriculation Board is, arguably, Master Olawaseun Osonuga.

With the feat, the Senior Secondary School 3 student of The Vale College, Ibadan, is among the 2,892 candidates who the JAMB’s Registrar, Prof. Dibu Ojerinde, said scored 300 and above in the examination.

The college is owned by Mrs. Funsho Adegbola, a daughter of the slain Attorney-General of the Federation and Minister of Justice, Chief Bola Ige.

When our correspondent met the successful boy who intends to study electrical/electronic engineering at the University of Lagos in the premises of his college tucked inside the Iyaganku Quarters on Friday, nothing showed that he had just clocked 16 on May 6. His stature and his brilliant answers to the different questions posed at him did not in any way portray him as a teenager.

The first child of a family of five was said to have been transferred to the college in SSS1 from Christ the King Catholic College, Odolewu in Ijebu, Ogun State.

On how he achieved the feat, Osonuga said that apart from the grace of God, his college prepared him for the success he recorded in the examination.

He said that based on the training on character development that he received in the college, he decided to set a target for himself in the examination.

“When I learnt that the highest score recorded in last year’s examination was 310, I set that as a target with a vow that I would not score anything less and I worked towards that target,” he said.

By the time the results were released, Osonuga exceeded his target with one mark. He scored 71 in Chemistry; 73 in Physics; 87 in Mathematics and 80 in the Use of English.

Prior to the UTME, the teenage boy has been leading his class with ‘A’ in all his nine subjects. He belongs to the college’s quiz squad and he represented Oyo State in the Science and Technology Association of Nigeria’s quiz in Makurdi, Benue State, recently, where he came 11th among the representatives of the 36 states of the country.

Like the proverbial birds of the same feather that flock together, Osonuga’s best friend and classmate, Mubarak Alaaya, also made a good showing in the same examination. They are both among the 21 SSS3 students of the college that wrote the examination.

Alaaya, whose score is the closest to that of Osonuga in the school, scored 292 marks. His breakdown showed that he scored 72 in Economics; 78 in Mathematics; 69 in Government and 73 in the Use of English.

Incidentally, Alaaya is the first teenager to won N1m on the popular television quiz programme, Who wants to be a millionaire? anchored by Frank Edoho.

Osonuga said that he could not have done less than that because of the kind of exposure they were given at the college.

He disclosed that the student-to-teacher ratio in the school is 5:1; adding that with that kind of attention, students have no choice than to do well.