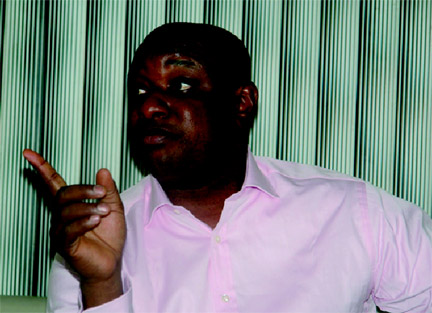 In addition to previous objections regarding the powers of any court of law in Nigeria to try him for his actions while he was Speaker, Mr Bankole, in a motion filed on July 18, is requesting that Mr Keyamo be disqualified by the court to prosecute him.

The prosecution attorney for the Economic and Financial Crimes Commission (EFCC), Festus Keyamo, yesterday accused the former Speaker of the House of Representatives, Dimeji Bankole, of seeking to determine who could prosecute him following the former speaker’s contention that Mr Keyamo was the wrong lawyer to handle his case.

In an application to quash the charges of illegally obtaining a N38 billion loan leveled against him before an Abuja High Court, Mr Bankole, through his lawyer, Adegboyega Awomolo, said there was no shred of evidence to sustain the 17-count charge.

This is because Mr Keyamo had written a petition against him in respect of another transaction, regarding the purchase of Peugeot 407 cars for members of the House of Representatives and that Mr Keyamo has shown malice and bias against him in the past. – Vanguard

Dimeji  Bankole has challenged the authority of the EFCC saying “the Economic and Financial Crimes Commission (EFCC) has neither statutory nor constitutional power to issue authority to a private prosecutor, to prosecute offences created by or under the Penal Code Act in any court of law, without the fiat of the Attorney General of the Federation first being sought and obtained, and usage of the powers as a vindictive weapon against the applicant.”

Mr Keyamo retorted saying that the Accused/Applicant was shopping for whom he prefers to prosecute him which is against the law, he said the law does not allow an accused person to pick and choose or raise objections as to who can prosecute him. He said the objection seeks to the prosecutor and other lawyers in Nigeria from raising alarms about corruption against public officers.

“This is tantamount to insulting the intelligence and authority of this court,” he said.