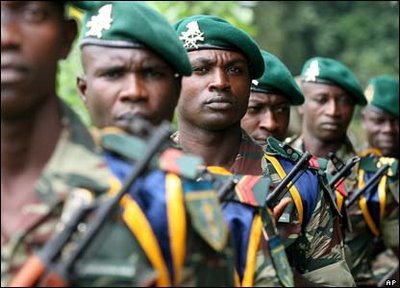 In an interview with the British Broadcasting Channel BBC, the Borno State Governor  Kashim Shettima acknowledged that there might be some truth in the allegations made  by residents of Borno against soldiers deployed to curb the Boko Haram’s activities in the state. These allegations have led residents and even some leaders of thought to call for the withdrawal of the soldiers.

In the interview with BBC, the Governor was quoted to have said “The most important thing is for us to put in place mechanisms for ensuring that the excesses of the JTF, who are operating under a very tense environment, are curtailed,”.

He, however, reiterated that the JTF should not be withdrawn from the state until an alternative security arrangement had been put in place to stop further bombings and killings.

“We are going to provide hotlines and oblige the JTF with a code of conduct – rules of engagement – so that they do not break the rights of the people. But it’s quite easy to agitate, to call for the removal of the JTF, but what is Plan B?” he said.

Mr. Jean-Michel Dumond, French Ambassador to Nigeria, in an address marking the French National Day, on July 14 said “France condemns with utmost energy all acts of terrorism. We are ready to cooperate with Nigeria in order to fight this scourge.

“But it is clear that this fight must be conducted in a way which respects human rights and protects, as much as possible, the life of the civilian population who are the first victims of all these violence.”

When two elephants fight, the grass suffers. The residents of Borno are obviously suffering a terrible plight in the hands of Boko Haram and do not seem to have found much succor in the soldiers who were sent to help them, but is this sufficient reason to suggest that the JTF  which may be the last thread of restraint stopping the Boko Haram from wreaking total havoc in Borno be withdrawn completely