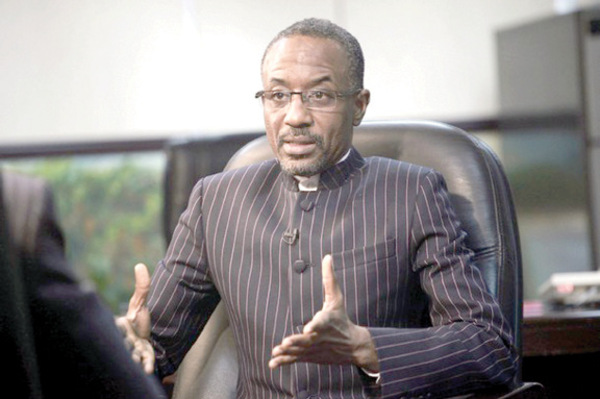 Central Bank of Nigeria (CBN) governor, Sanusi Lamido Sanusi, yesterday made it clear to those opposed to the proposed Islamic banking policy in the country that the bank is not a religious regulator, saying its action has a constitutional and legal foundation.

Mr Sanusi, who was speaking at the opening of the two-day international conference on Non-Interest (Islamic) Banking yesterday in Abuja, urged critics of the new model to seek a redress at the court, as the bank is not doing anything illegal.

He dispelled insinuations that the new banking model was a design to Islamise the country, pointing out that non-interest Islamic and other conventional banking variants offer huge financial and economic development opportunities for Nigeria.

But, in spite of the raging controversy surrounding the recently released guidelines, indications are that the new banking model is growing in attraction, as two of the existing conventional banks have either applied for or approached the Central Bank for operational Islamic banking license to enable them commence operation in the near future.

According to the CBN governor, whereas Stanbic IBTC Bank Limited has actually received approval in principle to operate an Islamic banking window, Standard Chartered Bank has given indication of its intention to apply for a similar license, while other banks have also indicated interest to operate Islamic banks or windows that would offer interest-free products and services.

Jaiz International Bank has already been granted CBN approval in principle to operate non-interest Islamic banking with regional authorisation in the country.

In the early 1990s, the CBN said two other applications from Al-Barka Bank and Al-Queda Bank processed for a similar license, did not meet the requirements for the granting of Islamic bank licence.

“Non-interest banking has undergone progressive evolution in the last four decades to become a dynamic and a new form of financial intermediation in the global financial system. It is being operated in about 475 institutions in at least 75 countries around the world, including major financial markets like London, Malaysia, Singapore and Hong Kong,” he said.

On options open to critics of the banking model, the CBN governor said “anybody who feels Islamic banking is illegal should go to a court of law, because it is the only institution that decides if something is illegal or not. The Central Bank is not a religious regulator. If the court says it is illegal, we will stop it.

But, we don’t think the court will say so, because we know it is constitutional and within the realm of the law.” Scathing criticisms by some interest groups, have trailed the recently released guidelines on the new banking model in the country, particularly the Christian Association of Nigeria (CAN), which is alleging that the proposal is a ploy to Islamise not only the country’s financial sector, but the entire economy.

However, Mr Sanusi has consistently defended the proposal, saying the banking model is not only made up of diverse financial products and services, but also progressive in development and regulatory guidelines.

“In line with the trend, some countries in the sub-region are creating enabling environment by developing regulatory guidelines for the banking model. Senegal and Gambia have non-interest Islamic banking operating in their countries, while other countries are at different stages of developing the guidelines.

Nigeria is the second largest economy in Africa, and potentially the largest market for Islamic financing in the continent, considering its size and population,” he said.

Describing education as critical for awareness about the benefits of the new model, the governor said the conference was to create and deepen the awareness as well as identify issues and challenges to help in its successful operation in the country.