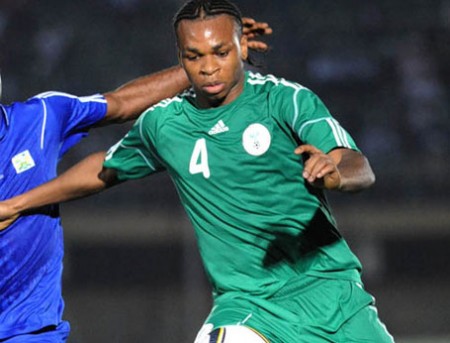 New Super Eagles midfield sensation, Joel Obi has reiterated that he did not snub the Flying Eagles and would have loved to be in the team which jetted out to Faro,Portugal last night for a training camp.

Obi told mtnfootball.com he is open to play for Nigeria at the FIFA Under-20 World Cup even though he is not on a provisional squad.He told Complete Sports in an excliusive interview published six weeks ago that he was never sent an invitation letter and could not have reported to camp!.

Obi’s reiteration comes at a time when a comprehensive medical examination for the Flying Eagles has revealed one of the players on the 30-man provisional squad did not scale through.

Left-sided midfielder Obi may already be a full international, but at 19 he is very much eligible for the competition, which kicks off on July 29 in Colombia.

However, Obi was overlooked in a 30-man provisional list Nigeria submitted to world football governing body FIFA in early June.Nigeria will have to submit a final 21-man squad for Colombia 2011 by July 15.

The Flying Eagles are drawn in a first round group that includes Guatemala, Croatia and Saudi Arabia.