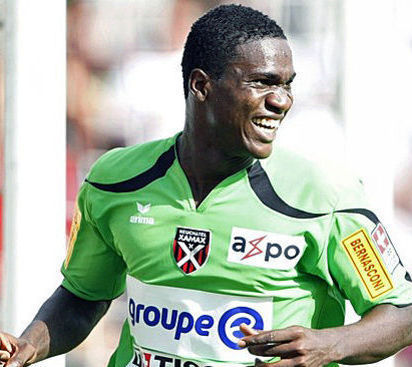 Brown Ideye started off his Ukraine adventure by hitting two goals and assisting a third in Dinamo Kiev’s 3-1 win against FK Olexandria in his first Premier League game.

The forward is expected to be included in Nigeria’s 21-man squad to face Ghana in an international friendly in London next month, and made sure he would not be ignored with a barn-storming debut.

Ideye, who joined Kiev this month from French side Sochaux, came off the bench  at half time, and was quick to make his mark.

First, he set up Yarmolenko for the game’s first goal nine minutes after coming on, then doubled the advantage with a strike of his own two minutes later.

When Oleksandria fought their way into the game by halving the deficit, Ideye made sure of the points with another strike 10 minutes from time.