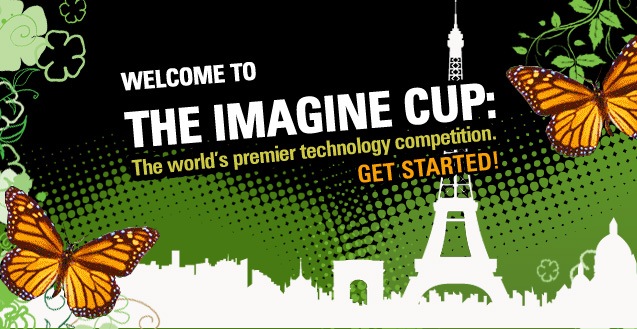 As over 400  most talented students from all over the world gather in New York City, the United States of America  today  for the 2011  Imagine Cup,  the world’s premier student technology competition, the mentor of ‘Team Nerds’  from the Federal University of Technology Akure, (FUTA) representing Nigeria in the world finals, Dr. Kayode Alese has said with optimism that the students were  determined to do Nigeria proud.

Dr. Alese, who is the  Head of Department of Computer Science,  Federal University of Technology, Akure in an interaction  with Vanguard  Hi-Tech  ahead of the event also said that the students including Toluwanimi Kolawole, Oluwafemi Alaba, David Olaniyan and Taiwo Orogbangba were fully prepared to face other students from other part of the world.

“ We are fully prepared. We are determined to do Nigeria proud. The students are well equipped. There has been a lot of improvement on our presentation after the regional contest.

“Anyone who has interacted with the students would be very amazed by the level of the IT skill of the students. FUTA is University of Technology with  a strong IT programme which is one of the best in the country. The human resources are abundant.

“The students have keyed themselves in into the programme of the University on one hand and developed themselves further on the other hand” he explained.

With high expectations both from the school and Nigeria to win the finals,  he said that the supports   right from the Vice Chancellor, the management team, the Dean, Students’ affairs, the students populace to the entire University community have  been tremendous.

“ They all want to see us bring glory to the University and the country as a Nation.

“Our expectations are high. In the people’s choice aspect of the competition, our project is currently ranked No 4 out of  over a 100. We hoping to come to No 1 position in that aspect given the current level of support our project enjoys worldwide.

Although other  countries may be ahead of Nigeria technologically, he expressed hope that the four students representing Nigeria have the capacity to face the challenge in the global context where other smart students will be showcasing their talents.

“Yes, because we are competing with countries with advanced tools. This is technology and some countries are already there when it comes to equipment. Therefore we expect challenges in this area but concerning the level of competence of the students, there  is no doubt that they are well equipped” he said.

Meahile, the Development Platform Evangelist, WECA of Microsoft, Dele Akinsade  during his tutorial to the students last wenesday in Lagos said that microsoft will take Imagine Cup to the next level.

“Expose yourself. Make contacts. Do not be intimated. Show passion to your work. Make Nigeria proud. The impact your solution will have was the solution we selected you” ghe said.

According to him, Africa needs basic health care solution like your product.

It would be recalled that other  participating teams in the contest that lost out in the Nigerian finals held  at the Centre for Information Technology & Systems, University of Lagos  were Team Soul Trace of University of Port Harcourt, Team Computechnic from LAUTECH, and Team CSC Lounge from University of Nigeria Nsukka.