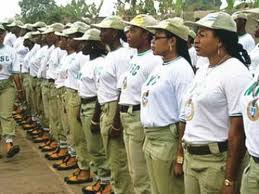 The National Youth Service Corps has re-introduced guidelines for reposting of prospective corps members desirous of changing their postings.

A memo from the office of the Director-General of the NYSC, Brig.-Gen. Maharazu Tsiga, which was sighted by our correspondent in Abuja, on Wednesday reads in part, “In the light of the security uncertainty in Bauchi State, management saw with corps members and waved all due process to expedite action on relocation.”

He, however, expressed dismay that this course of action appeared to have encouraged corps members from all states of the federation, including the FCT, to besiege the national headquarters seeking relocation for the flimsiest reasons.

This, he said, had had an adverse effect on the conduct of official business. The memo states, “In view of the above, corps members are to note and adhere strictly to the following:

“Applications for relocation are to be channeled through the state and FCT coordinators. The corps members who already find themselves in the premises of the National Directorate Headquarters may submit their applications at the Director-General’s office and return to their states and wait for the reply.

“All approvals for relocation will be forwarded to the affected corps members through their state coordinators.

“Therefore, corps members who have submitted their applications for relocation at the DG’s office are to go back to their respective states of service and not wait or hang around in the expectation of personally collecting approval.”

A separate memo pasted on walls within the NYSC headquarters also reads: “All prospective Corps members must proceed to their respective camps immediately. “Relocation matters will be handled through the established procedure from their states of deployment.”

Our correspondent also gathered that the management of the scheme took into account the Bauchi experience in posting corps members to the state.

While some states like Lagos and Kano are having close to, if not more than 2,000 corps members, Bauchi was given about 615. Most of those posted to the state requested to be posted on account of marriage or on health grounds.

The authorities of the Adekunle Ajasin University, Akunba Akoko, Ondo State had asked the NYSC not to post any of its graduates to northern Nigeria, citing security concerns.