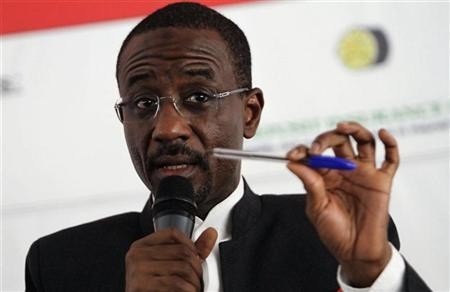 He said there were advantages in the services of a bank that would neither charge interest on loans nor finance operations that society generally frown at. He drew the attention of the House to the Banks & Other Financial Institutions Act, 1991, which made provisions for the introduction of non-interest banking in Nigeria and made clear the fact that Islamic banking was not his initiative as he presented memos to the House indicating that his predecessor, Prof. Charles Soludo, approved for Nigeria to fast-track Islamic banking since 2008.

He reiterated that the Islamic principles of financial transactions were introduced to the country as far back as 1991 and had gone beyond banking to insurance and the capital market. He said it was a non-conventional bank that did not charge interest on transactions.”It is a bank that does not finance brewery, pornography, casinos, prostitution and other moral or ethical issues,” he added.

Speaking on the issue of cash withdrawal limit, Governor Lamido said CBN never placed a limit on the amount of money anybody could withdraw but only directed that charges would be attached to any cash withdrawals in excess of N150, 000 for individuals and N1m for corporate customers.

Sanusi said, “Ninety-nine per cent of all those who have been speaking on this issue have never read the circular on this policy.

“Cash transactions represent over 99 per cent of our banking transactions; that is, people walking into a bank, picking cash and walking out.

“That service will not be rendered to you free of cost. Don’t we want to change this country?

“All the people complaining about cash withdrawal limits are the rich people, not the poor.” According to Sanusi, statistics available to the CBN indicate that over 90 per cent of daily cash withdrawals by Nigerians are less than N100,000.

In all, Lamido’s lecture was received with applause and approbation from the members of the House of Reps. No questions were asked him after the lecture as the Deputy Speaker of the House who presided over the meeting said they were fine as Lamido had offered satisfactory explanations. However some members of the House complained about the way in which Ihedioha presided over the meeting saying they were disappointed that the Deputy Speaker refused to allow any questions.