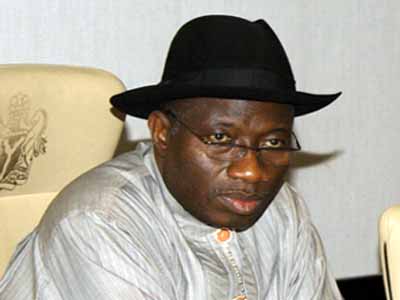 President Goodluck Jonathan has clarified rumors and speculations surrounding the proposal to elongate the tenure of office holders. The President, who spoke through his Special Adviser on Media and Publicity, Dr. Reuben Abati, on Tuesday confirmed that he would be sending a bill to the National Assembly to seek for a single term for the offices of Presidents and Governors.

Abbatti’s statement titled  “President Jonathan and tenure of office” didn’t however mention the duration of the proposed single term as well as some other details.

Abbatti said “In the envisaged Bill, the tenure of members of the National and State Assemblies will also be a little more than four years although lawmakers will still be eligible for re-election as their constituencies may determine,” “The President makes it clear that his push for a single tenure for the office of the President and that of the governors is not borne out of any personal interest.

“The proposed amendment will not have anything to do with him as a person; what he owes Nigerians is good governance, and he is singularly committed to this. “Besides, it is trite law that the envisaged amendment cannot have a retroactive effect.

“This means that whatever single-term tenure that is enacted into law by the National Assembly will take effect from 2015.

“If the proposed amendment is accepted by the National Assembly, the President assures that he will not in any way be a beneficiary.”

Abbati went on to state some benefits of the single tenure saying “A longer term for lawmakers would also help to stabilise the polity. “President Jonathan is concerned about the acrimony which the issue of re-election, every four years, generates both at the federal and state levels.

“The nation is still smarting from the unrest, the desperation for power and the overheating of the polity that has attended each general election, the fall-out of all this is the unending inter and intra-party squabbles which have affected the growth of party democracy in the country, and have further undermined the country’s developmental aspirations.

“In addition, the costs of conducting party primaries and the general elections have become too high for the economy to accommodate every four years.

“The proposed amendment Bill is necessary to consolidate our democracy and allow elected executives to concentrate on governance and service delivery for their full term, instead of running governments with re-election as their primary focus.”