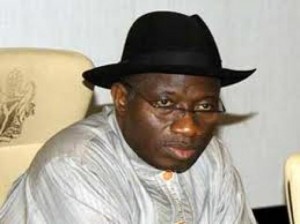 Worried by the rising cases of violence and tension across the country during elections, the Presidency has concluded plans to send a bill to the National Assembly for a single term of seven years for governors and Presidents. It reasoned that political violence was always caused by the resolve of incumbent governors and president to run for a second tenure of office.

National Mirror gathered that the Presidency would soon send the bill to the National Assembly after the Senate might have concluded the screening and confirmation of ministerial and ambassadorial nominees. It was also learnt that the Presidency was presently putting together another set of nominees for screening and confirmation for appointment as ambassadors and representatives of of Nigeria in foreign countries.

Reliable sources close to the Presidency told National Mirror that the decision on the proposal to reduce the tenure of the governors and President to a single term of seven years was reached between President Goodluck Jonathan and the leadership of the sixth National Assembly with an agreement that it should be one of the first major bills to be sent to the lawmakers after the screening exercise.

It was also gathered that the bill would be part of the input of the Presidency in the next amendment to the constitution, the process of which would begin shortly after the screening. According to the source, “There is a bill from the Presidency which seeks to alter the subsisting provision of the constitution which provides for a second term tenure and replace it with a single term of seven years.

“The President wanted to present the Bill to the former National Assembly but was advised against it because there was no much time left to the end of that Assembly. “The bill is still a proposal, but why we suggested seven years is because the number of years will certainly be reduced to either six or thereabouts. We know that it would generate a lot of controversies and there would be all manners of suggestions to reduce the number of years. “Why I said so is because those drafting the bill did not state clearly whether the single term will begin with the incumbent President.

It may also interest you to know that because of the tension that always greet the re-elections of incumbent governors and president, it was agreed that beyond reducing the tenure to a single term, there should be a provision whereby the rotation of the presidency amongst the six geo-political zones would become a constitutional issue. “But the problem and criticism that we expect now are that if you include rotational presidency in the constitution, people would now question the moral justification because the President himself is not a product of zoning.

“Maybe that aspect would be removed before the bill gets to the National Assembly, but I can confirm to you that there is a bill on single term to be forwarded to the National Assembly soon,” the source said. The 1999 constitution provides for a second term of office for governors and the president. A former principal officer of the last Senate told our correspondent: “I was personally briefed with the thinking that some of us would return to the Senate and possibly retain our positions in the leadership and we were to support it when it comes, but truly I bought into the idea as a person but felt seven years was too much. “Again, when the law takes effect is also a problem to me because the bill is silent on that very important aspect and that is the much I can tell you,” the ex-lawmakers said.