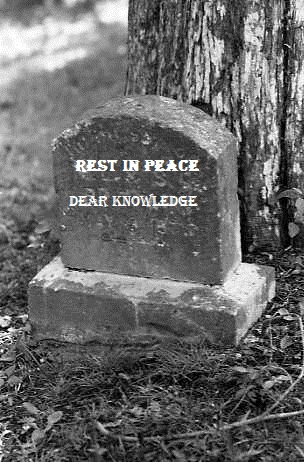 The howling wind was eerie, the smell of mortified corpses filled the air with the stench of death, but not death as it would relate to the body, no, death of something far more essential. I had been here, in this graveyard for over four years, but I was not alone, as I looked around I saw the faces of fellow Nigerians with whom I shared this cemetery. Young, agile, callow…. some like me had realized, they had seen the decadence and had come to acknowledge where they were, at least subtly. But others, the neophytes mostly, were overjoyed inebriates intoxicated by the delusion that they were in the path of acquiring higher knowledge.

Getting a stay in the cemetery was no small task, people labored for it, begged in tears, prayed and fasted about it, getting a slot there was generally more sort after by young Nigerians than visas to any country you can think about, far more sort after.

As I looked at the faces of the neophytes doing their induction, I smiled, I remembered my former expectations, the rush of blood in my veins as I strove to absorb into memory everything I could see. They looked bright, enthusiastic, brimming with life, ambitions and limitless expectations. Jambites, as we called them; they always came in expecting Heaven and Earth only to be disappointed at the quality of knowledge existing in the so-called Nigerian Universities. Soon they too would recognize the smell of death, not the death of a person but the dearth and death of knowledge in Nigerian Universities that now served as graveyards. Graveyards full of archaic, outdated knowledge that had little relevance in today’s world.

The lecturers, sometimes of no fault of theirs were terribly unexposed, assuming an air of superiority, as though filled with privy information and exceptional intelligence they were often quick to disperse knowledge from their unrevised 1976 notebooks. Nothing ever changed in their world. While the rest of the world enjoyed advancement, their knowledge remained cold, still and stiff just like corpses, the system – static and unchanging as a graveyard, unquestionable, “unchallengeable”, but wrong anyway.

Of course, they weren’t all dead, a few lived and served as the fresh gale that bore testimonies of the changes in other countries and carried with them an aura of change and dynamism but they were usually no more able to change things than a gentle wind can change a place’s topology or geography. They changed what they touched but they could touch so little.

If indeed there will be change, if there will be resurrection in the dilapidated Universities in Nigeria, the old dogs must be willing or coerced to learn new tricks and those (students) who have tasted of the decadence that has already turned them half-man half-zombie must radically break loose the jinx of “copy and paste” and “garbage in garbage out”, if they quest to receive authentic information they must be ready to challenge the “unchallengeable” not as small units or factions but in unity demanding their rights; if not to “free” education at least to education germane to the 21st century. In the same manner they must indoctrinate the green horns to contest against ancient methods of doing things, to question old ideas and wake the dormant corpses of knowledge lying in the once vibrant minds of their lecturers.

It will be very dangerous, there will be unwarranted F’s and undeserved E’s; but so it is with every quest that leads to definite and positive change, there must be risks if there are to be rewards.