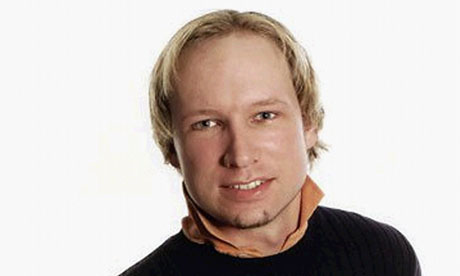 32-year-old Norwegian, Anders Behring Breivik has been arrested as a suspect to what is perceived to be one of the largest mass massacres and the worst attack by a lone man in modern times. Breivik is charged attack for a group of teens on a tiny forested holiday island that was hosting the annual summer camp for the youth wing of Norway’s ruling Labor party and for the bombing of Oslo’s government district that killed seven people a few hours earlier. The attacks claimed the lives of about 91 people mostly teenagers.

The suspect is said to have arrived on the Utøya island where the teens were camping dressed as a policeman and then told the teens to “come and play with him” before opening fire after about 100 of them had gathered around him. Although the suspect who is well educated has not been linked to any terrorist group, he is said to have had links with the far right English Defence League and other anti-Islamic European organisations. He is also known to have very strong political and anti-islamic views. If convicted on the terrorism charges, he would face a maximum of 21 years in jail.

21 years in jail for someone who supposedly killed over 90 people, na wa oohh! Is that even punishment at all, no be say na Nigerian prison sef. Poor kids, May their souls rest in peace.