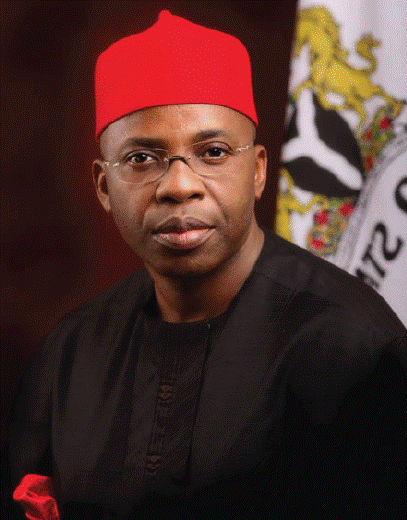 Having miraculously come to be the governor through one of the easiest and rarest circumstances, one would have expected a better performance from Chief Ikedi Godson Ohakim(IGO), the governor that was recently ousted from office in Imo State. Having been privileged to see the limelight, though from a humble background, Ohakim carelessly managed and made a mess of the rare opportunity given to him to write his name, like Mbakwe, in the annals of Imo history.

The 2007 elections in Imo came with enough tussle and confusion, desperation and war, paving way for the emergence of  IGO on the platform of Progressive Peoples Alliance(PPA), an unpopular party floated by Orji Uzor Kalu(OUK). The likes of Ararume, Agbaso and other popular candidates were technically deprived of the number one spot or position in the Eastern Heartland, probably due to the sentiments, bags of money and other underground ‘political games’ played by OUK and his allies. Imolites may have accepted him, thinking that a man from such lowly background, and of like passion, would have proffered solution to their many problems and worked tirelessly for their betterment.

Behind his transparent eyeglasses, with his pimple-free face and youthful look, one may have expected radical change and equality in the distribution of the dividends of democracy to all cadres of Imo citizenry. Truly, Ohakim is photogenic, as can be attested to by anyone who comes in contact with his image-bearing posters. These posters were strategically placed at almost all corners of the state;with only the blind persons left out. His images inundated other media forms like TV and newspapers. He even succeeded in making use of international media houses. Though not practically seen on radio, his trademark ‘touty’ oratory speeches were ever present.

His vision of a new face in Imo was real. I appreciate the fact that Owerri wore a new look, in terms of being clean and green, at the expense of the property and comfort of the dwellers. People’s shops and houses were destroyed, commercial motorcyclists were banned from operating within the state capital; hawking became a taboo. All these forced people into the villages, where they had little or no life-sustaining infrastructures and materials. In fact, many were frustrated to death.

Unarguably, the needed alternatives and compensatory measures to cushion the effects of the so-called revolution were only talked about and pictured on the media. Imolites saw alot of deceit and neglect. As a compensatory approach, Ikedi brought in buses, kekes and kim-kims which never served their purpose, but were used as money-generating machines, causing more harm than good to the beneficiaries. Private companies, banks and individuals had to come to offer help, reducing the prices of those commodities and making them affordable. Many other things he did amounted to eye-service, deceit and money-making ventures.

The ‘over-funded’ projects he started were only
abandoned and with the funds meant for them comfortably pocketed, waiting for the intervention of the ‘dreaded’ Economic And Financial Crime Commission(EFCC)

Though cherished by those who benefitted from his government, Ohakim succeeded in painting a bad image of himself despite his facade, just like Saul in the Bible. Who were his advisers if he actually had any? Did they actually advice him, or was he wrongly advised? It is possible that he never took and even used their advices.

As expected, no one wanted him again, even with his suspicious promise to ‘do more’. His much-prayed-about failure at the April polls simply reflected the masses’ anger and their desire for change. Obviously, his dictatorship in matters concerning the state was unbearable as he continued to impose himself as a thin god.

Ohakim led Imo with lies- his greatest tool. His expertise in manufacturing and selling lies manifested in all he did, to the extent that even little children became aware of it. That was the beginning of his flaws. Didn’t anyone warn him that he can’t deceive us all, including these that can father him? Deaf ears must be blamed finally.The media, his best friend sarcastically portrayed him as doing ‘wonders’ in Imo.

His loose tongue was his undoing, adding fuel to the fire. He never knew nor learnt how to talk, thus ever ready to say whatever came to his mind without weighing the implications. By so doing, he insulted and offended imolites in several ways.

He never wanted correction, even when his actions were conspicuously wrong. His attitude of flogging or witch-hunting people(including his much publicized encounter with a catholic priest) worsened his case. He  political career came under serious threat.

We also heard how he allegely slapped his wife and one of his ‘generals’ for reasons best known to him. He changed the name of Imo State University against the wishes of the led; hiking the tuition fees of the school attracted the wrath of students to him.

The ‘Ikiri saga’ that plagued the campaign and election periods evidently sealed his doom. He wanted to force himself on his people, with the help of public funds- our money, but failed. Nwaorie river, Wonderlake and many other uncompleted projects remain the untold stories of his anarchic rule.

The rest of the story will for another day.