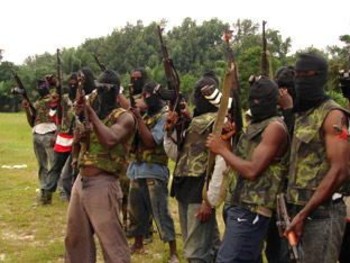 The U.S issued a warning to its citizens in Nigeria not to go near Bauchi and Borno states and Jos (Plateau State). The warning came because of fears that the radical extremist Islamic sect Boko Haram may detonate bombs in the Federal Capital Territory in commemoration of the late leader of the sect, Mohammed Yusuf who was captured by the military and killed in the custody of the Police in 2009.

“We wish to remind U.S. citizens of the continued heightened security situation in Abuja due to threats posed by extremist groups. Locations where large crowds may gather, including large hotels, places of worship, shopping centers, and areas frequented by expatriates and foreign travelers could be potential targets.

“U.S. citizens in Abuja should review their personal security plans, remain aware of their surroundings, monitor local news stations for updates, and report specific incidences of targeted violence to the U.S. Embassy in Abuja or the U. S. Consulate General in Lagos.

“U.S. citizens living or traveling to Nigeria are encouraged to register through the Department’s Smart Traveler Enrollment Program website so they can obtain updated information on travel and security within Nigeria. Citizens without internet access may register directly with the Embassy or Consulate General. In using STEP, U.S. citizens make it easier for the Embassy to contact them in case of emergency.”

The Mission also asked U.S. citizens to avoid all but essential travel to the Niger Delta.

The  Force Public Relations Officer, Olusola Amore, Deputy Commissioner of Police however said “There is nothing like that (Boko Haram bombing plot in Abuja); the message is just to create unnecessary fear among the public. There is adequate security arrangement in Abuja and environs and policemen have been deployed to ensure protection of lives and property. The media should be careful not to sensationalise the message to avoid creating panic among the public”