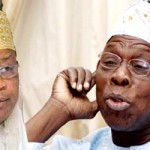 In an interview on his 70th birthday, the former military Head of State General Ibrahim Babangida took a swipe at Former President Olusegun Obasanjo. Ibrahim Babangida popularly known as IBB said his administration had been more prudent than that of Obasanjo.

According to him, Obasanjo made little impact on the development of Nigeria despite ruling the nation at a time of economic boom. Babangida said if he had the kind of revenues available to the Obasanjo administration he would have done wonders in the country. In his words, he said: “I managed poverty to achieve results but some people managed affluence to achieve failure”. He later said: “I regret that the maximum crude oil prize during my administration was eleven dollars, I wish I was there when it was one hundred and ten dollars (which was the price in Obasanjo’s time) you should have seen wonders”.

He said: “There is a book comparing my eight years in office and the eight years of Chief Olusegun Obasanjo, anyone can compare and contrast, the difference is clear”. He described the $16billion dollars which was supposedly invested in power during Obsanjo’s tenure as a collosal waste as those who handled the fund achieved nothing. He said

IBB’s words didn’t at all go down well with the Former President Olusegun Obasanjo as Obasanjo (popularly known as Obj) gave him a tongue-lashing in reply. Speaking  with news men in Abeokuta, Obj said he had read the reports concerning what Ibb said and that Ibb was being foolish and his words were not well thought out.

In his defense concerning what Ibb said, Obsanjo said “For instance, he talked about our energy. When I was the military head of state, I built Jebba dam; built Shiroro dam, I prepared the foundation of Egbin plant which President Shagari completed and commissioned. That time the money we were making was not up to the money Babangida was making annually for his eight years and yet we built two dams.

Because it was important, you know that power is the driving force for development and for any developing country. But since the building of Egbin power plant, until I came back in 1999 there was not any generating plant for almost 20 years and Babangida spent eight years out of that. Now, he has the audacity to talk about anybody; I think that is unfortunate.

“I also read where he said in his time, he gave the dividends of democracy and at the same time he regretted. When I read that, well I said Babangida should be pitied and shown sympathy rather than anger or condemnation because the old saying says a fool at 40 is a fool forever and I would say a regret at 70 is a regret too late. Well a regret at 70 is a regret to the grave.
“Then as elected president, I built Papalanto, Omotosho, others and I started five what they called Independent Power Stations which were stopped for two and a half years. Now that the present administration has started building a new power project at Uyo. As a country, Nigeria should be adding nothing less than 1,500 megawatts annually. South Africa with a population of 50 million generates 50,000 mega watts.

Nigeria with a population of about 165 million we are not generating, we as at 1999 met 1,500 mega watts before we took it up to 4,000 mega watts. What we started they are now allowing it to go on. I believe if they continue with the programme that we left, In another two years , we will get to 10,000”.

Also reacting to Ibb’s comments, Senator Kola Ogunwale defended Obasanjo saying he did very well. He said “It is the same General Babangida that threw the whole nation into jeopardy through the criminal annulment of June 12, 1993 presidential election and in the process, made Nigeria to lose one of its finest citizens in person of the late Chief M.K.O. Abiola. “General Babangida should stop taking Nigerians for a ride through his unguarded utterances. Obasanjo ensured stability in our body polity and whether we like it or not, he has ensured that democracy come to stay with one civilian administration handling over to another.

Ermmm…IBB, next time try to look face before you talk. Obj is not known for his silence, what were you expecting? Better pack well before dem take mouth finish you!!!